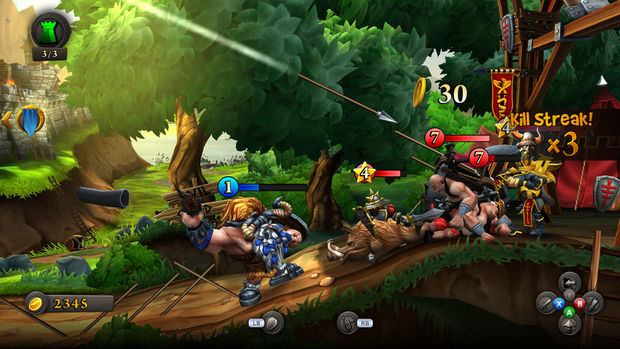 Vikings versus knights. That’s the conceit of Zen Studios’ CastleStorm, which our own Ian Bonds enjoyed well enough when it original launched on XBLA. It’s a much more in-depth Angry Birds of sorts, with real-time strategy and tower defense elements.

It’s also coming to PS3 and Vita on November 5. It will be cross buy, too, so buying it on either system yields you access to both. It seems like a decent mobile alternative to Angry Birds, if you own a Vita.

Going to castlestorm your Sony consoles to pick this up? Are you imagining a novelist Nathan Fillion and X-Men crossover?