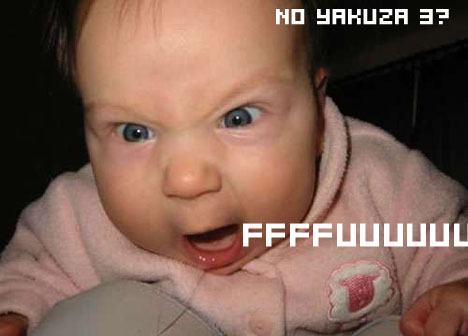 I kid you not: one of the first things I said to my co-workers in the Destructoid office this morning was “I’ll be f*cking pissed if Yakuza 3 does not come out in the U.S.”

And then VG247 tells us that a Sega rep says “Not that I know of” when asked if a western release is in the plans.

I adore the first two titles, and the third one (the first on the PS3) looks to be the pinnacle of the series. I mean, there’s karaoke and billiards!  Sure, they didn’t sell that well — I saw the first Yakuza in a reduction bin the other day and was saddened — but they’re very immersive, fun games if given the chance.

Japan gets Yakuza 3 on February 26. Import? I don’ t know. Look, my Japanese isn’t that great. I do better with spoken word than reading, so I may be okay for part of it, but the fact of the matter is that it will take me forever to play this game.

You know what? I’m not going to give up hope on a US release. It may take them 3 years, but that’s fine. We don’t need the voice acting, Sega. Subtitles are fine.

Don’t pull a Shenmue on me. 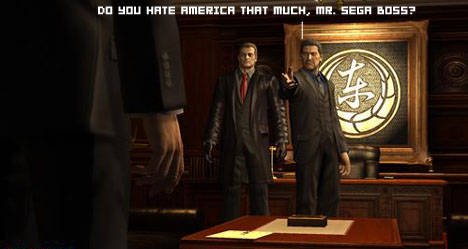