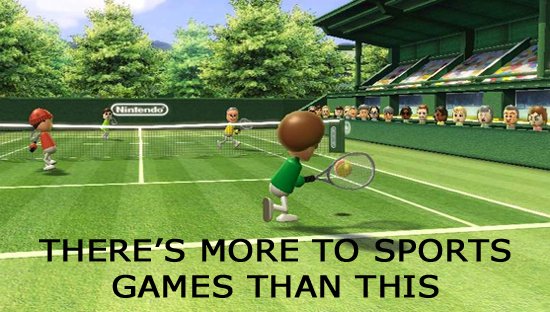 [akathatoneguy is the first C-Blogger of March to be promoted for this months Monthly Musing theme. In this “And the gamers that play them”, akathatoneguy takes a look at sports gamers and their love for sport games. — CTZ]

When I read the theme for this month’s “Monthly Musings”, I immediately thought of arguably the most-maligned group of gamers in this community: sports gamers. It’s hard to think of a gaming subculture that elicits more commonly-believed stereotypes, eye-rolling and strong opinions than that of sports games, and the gamers that love them.

Check out any thread related to Madden, Electronic Arts, or any other targets that symbolize what most hardcore gamers dislike about sports games, and you’ll find a variety of common assumptions, opinions, and … well, insults directed towards the games, the developers and publishers of said games. And of course, those of us who play the games year after year. Part of it makes perfect sense. Many sports gamers don’t care much about anything but sports games; and thus don’t seem to take to communities such as what we have here at Destructoid. At the same time, many hardcore gamers have no interest in sports games whatsoever. It seems that appreciating sports games is a take-it-or-leave-it proposition that splits the gaming community right down the middle, with passionate opinions on each side.

First, a bit about myself: I began playing videogames back in the NES era, although I played some Atari here and there as a young lad. I immediately took to sports games such as Bases Loaded, RBI Baseball, Tecmo Bowl, and others, although I also appreciated common favorites such as Super Mario Brothers and The Legend of Zelda. I simply loved sports, and therefore loved sports games. Over the years, sports games have not only furthered my love and understanding for sports I’ve played and followed in the past, but it’s given me a new appreciation for sports I had no idea about beforehand. EA’s NHL Hockey games for the Sega Genesis single-handedly got me into ice hockey, a sport that essentially took over my life for years afterward. I can get into any sports game, as long as it is well-made and fun to play. One of my fond gaming memories was a Christmas break marathon of Nascar 2005 a few years back with my younger brother. Bear in mind that I have never watched a complete Nascar race, let alone bought a senses-assaulting airbrushed shirt supporting my favorite driver. I just loved playing the game. 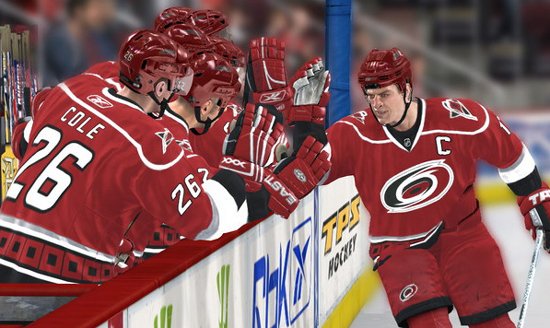 EA’s NHL 08 was a huge step forward, but how many gamers gave it a try?

So what’s the point of all this? What I’m going to try to do is defend sports gamers and the games they love to play, and hopefully allow non-sports gamers to at least understand what we crazy sports gamers see in games such as the Madden series or 2K Sports titles. I’ll do so by addressing some of the common attacks I have seen towards the subculture here and elsewhere, and providing the other side that is so often underrepresented here.

“Sports games are the same year after year. They are simply rehashed games with roster updates that sports gamers will buy no matter what.”

This is far and away the most popular opinion I see expressed when sports games come up in conversation among hardcore gamers. In this argument, the belief that sports games are essentially the same year after year easily leads to the conclusion that those that buy them must be gullible consumers who want to be spoon-fed the same experience with a few minor changes. However, the problem here is that many of the people making this claim don’t even play sports games, and often don’t appreciate the sports the games are emulating.

Let’s take the Madden series for instance. In recent years, additions have included right-stick use for hitting and running moves, blocking controls, and improved artificial intelligence. Understandably, these don’t seem like big changes, especially if you’re not a fan of the series or football in general. However, if you’re a big football buff, something as simple as improved defensive player AI can make a huge difference in how well the game plays. Adding something like lead blocking controls makes the game more fun to play in co-op, as do better controls for using receivers. Again, these aren’t very sexy changes, but to fans of football and the series, they can make a sizeable difference in how the game plays.

Also, don’t assume that we sports gamers are buying every installment, simply because the game sells well year after year. The games sell well because there = simply are a ton of sports gamers out there. I don’t know anyone who buys every installment of their favorite sports games. I tend to buy them once every two or three years, depending on the improvements made to them. I’m also more than willing to give competitors a chance to unseat my historical favorites: I grew up playing EA basketball titles but now prefer 2K’s NBA offerings, for instance. Most sports gamers are not blindly loyal to one company or another; unfortunately, a small (but vocal) minority gives the opposite impression when you visit a sports games forum.

“Sports gamers are mostly dumb jocks who will buy anything as long as it has EA Sports slapped on it.”

Quite to the contrary, the draw of sports games is often the strategy aspect. One of the biggest tests of your ability to play sports games is how sound your strategy is. What defensive play do you run on 3rd-and-4? What pitch do you use at a certain count? How do you stay under the salary cap and improve your franchise? Even more than playing online, I love running a franchise. I look forward to the end of each season, when I can re-sign players, analyze the upcoming draft, and make changes that I hope will improve my team. When I finally win that elusive championship, I don’t credit my ability to press the right button at the right time, but instead all the work I did to build a good team.

Some of you may be familiar with the Football Manager series, which is much more popular outside the U.S. There’s simply no way that a stupid person could be successful in a Football Manager game, where seemingly every aspect of running a team can be micro-managed and tweaked one way or another. The success of such a game, along with the yearly yearning for more and more detailed options in franchise modes for other sports, shines a light on the fact that many sports gamers love to use their minds- a far cry from the knuckle-dragging frat boy stereotype that gets flung around in gaming forums. 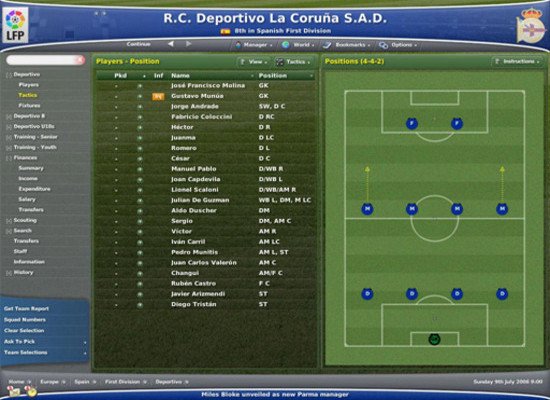 As you can imagine, not very popular with the coveted “dumb guy” demographic

“Why play a sports game when you can play real-life sports? I play games to escape reality, not to simulate it.”

A similar point was posed in a recent comment by esteemed Destructoid community member HarassmentPanda (although I paraphrased in my own words above), and it’s a good point. The thing is, even to those of us who play sports in real life from time to time, sports games still provide escapism. I don’t know anyone who can dunk like Kobe Bryant, or that will ever score a touchdown in a Super Bowl, but you can fire up your console of choice and lead a team of elite athletes on the world’s largest stage in no time. Also, I live in freakin’ Iowa. I can’t go down to the park and find a soccer game to join, so something like FIFA or Winning Eleven is the closest I’m likely to get to playing soccer. What about tackle football? Middle-aged dudes simply do not play pickup tackle football, although I wish they would. I’m only 29, but I know I’ve probably made my last tackle, because nobody wants to tear their ACL or break a rib getting hit by an overzealous ex-college player and then have to go to work the next day. So for most sports, I have to live vicariously through the digitized players on my TV screen, and so do many others. 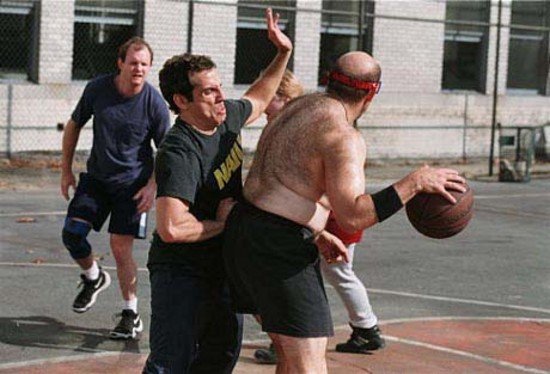 Now, I can’t speak for everyone, and I know that there are plenty of stereotypical sports gamers out there, but I have a hard time believing that the stereotypes represent the majority of us. I’ve heard a lot more messed up stuff playing Call of Duty 4 online than any sports game. I’ve heard plenty of Halo 3 horror stories as well. Not to mention, many of us are not successful jocks and never were (see last point). I ran track in high school, got cut from the basketball team, and my football career ended in junior high. Every one of my friends enjoys sports games, and none of us were close to being studs in high school sports. Remember, for every ten successful athletes, there’s about 1000 really mediocre ones like myself. Chances are, the guy ahead of you in line buying Madden ’08 is not of the same ilk as the jerk quarterback who used to give wedgies to anyone under 160 lbs. in high school. Most of us love sports, but hated that douchebag just as much as the rest of you.

See, sports gamers aren’t so bad. We love sports games because they allow us to try our hands as armchair coaches, athletes, and general managers. We don’t feel like we’re getting ripped off with sports games, because we’re not. After all, how many hours of entertainment do you get when you play several seasons of franchise mode, plus hundreds of online games against friends? Not bad for $60, even if it looks like just a roster update to the uninitiated. And hey, many of us enjoyed BioShock, Final Fantasy VII, and killing hookers in the Grand Theft Auto series just as much as the next guy.