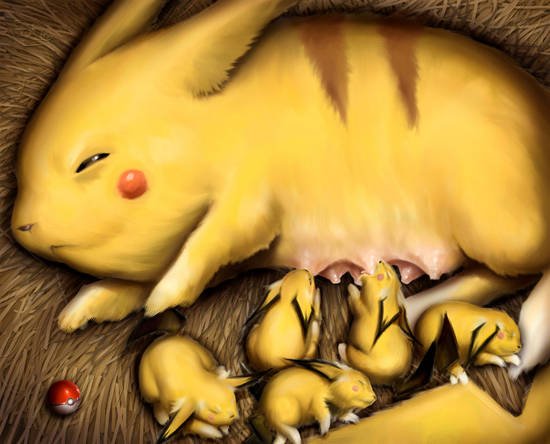 This realistic Pikachu was made by Dogsfather and would have been perfect for an Art Attack Friday. Unfortunately, he doesn’t have much game related stuff. In fact, half of his game related stuff I wouldn’t be able post since it consists of Samus Aran being naked.

This take makes perfect sense as Pikachu is a mammal after all. This is how Pokemon like this should be giving birth, not with an egg. Of course, if we look at it all realistically, I have to wonder what an Onyx birth would be like.

Thanks to the folks at Haloz! Also, take a look at their site. They do the whole ICanHasCheezBurger thing with videogame scenes and unlike other sites, they’re funny.