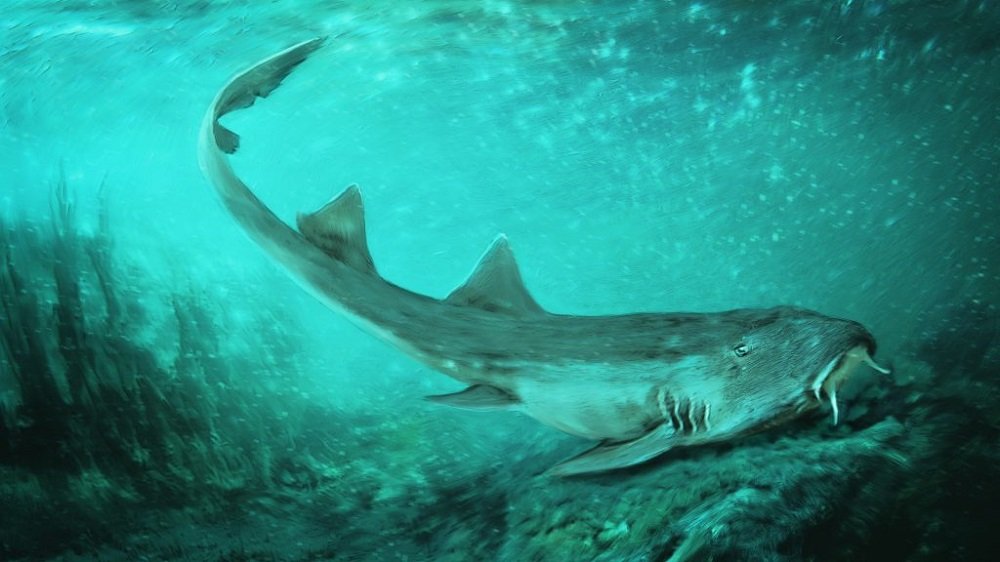 ‘I’ll catch this bird for you, but it ain’t gonna be easy…’

See that beastie in the picture above? That’s a newly-discovered species of shark paleontologists believe existed almost 70 million years ago. The sea creature was discovered after its teeth were found embedded in sedimentary rock, left over from the dig that uncovered the famous Tyrannosaurus Rex “SUE,” now on display in Chicago’s Field Museum.

But what does this have to do with video games? Well, it appears that these tiny shark molars look pretty similar to the brave little ship in Namco’s 1981 arcade Galaga. Thus, it was decided that the prehistoric shark would be named “Galagadon.” Though that’s quite a monstrous name, the shark is suspected to have only been about 18 inches in length.

“It amazes me that we can find microscopic shark teeth sitting right beside the bones of the largest predators of all time,” said Terry Gates, lecturer at North Carolina State University. “These teeth are the size of a sand grain. Without a microscope you’d just throw them away.” Gates, who was responsible for authoring Galagadon’s paper in the Journal of Paleontology, credits the name to school teacher Nate Bourne, whom he worked alongside.