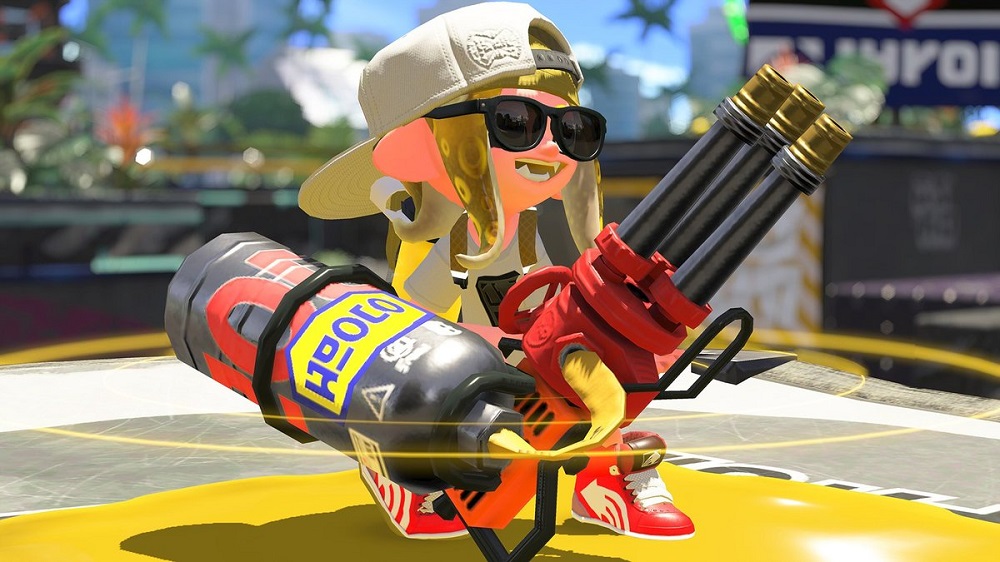 Visit a game development studio. Then ruin it.

Nintendo has lifted the curtain on the latest monthly weapons drop for their online shooter Splatoon 2. This month’s batch, live in-game right now, not only contains four new weapons for all your ink-squirting needs, but also sees the return of a classic Splatoon map.

Ancho-V Games is a open-plan office complex and game development studio, which features raised levels and fan-controlled platforms. Although, according to a message from Nintendo, the complex has seen some “renovations” since we last visited. Ancho-V Games are, of course, the fictional developer responsible Splatoon’s in-universe mini game, Squid Beatz 2.

Along with the new map, you get your regular regular monthly allowance of four new weapons, ready and waiting for you to unleash colourful hell. They are as follows: