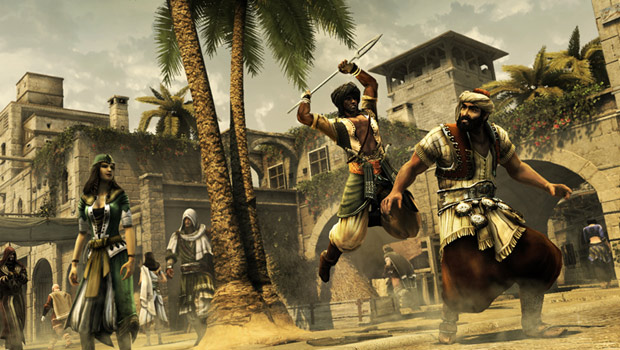 Looks like everyone’s favorite Italian wall crawler will have more friends join in on the multiplayer action on December 13.  To coincide with the release of Assassin’s Creed: Revelations, Ubisoft has just released new information regarding the first piece of downloadable content.

“Ancestors” will offer players four new characters to play in Assassin’s Creed: Revelations multiplayer modes. Players can choose from the roguish Privateer, the beautiful but deadly Corsair, the war hardened Brigand or the battle hungry Gladiator. These new characters will also have their own unique sets of weapons and assassination maneuvers; on top of their own personalized taunts.

I have been burned on Ubisoft DLC in the past, especially from the Assassin’s Creed series. That being said, considering that this is a multiplayer character expansion pack at the fair price of 320 Microsoft Points or $3.99 on the PSN, it’s not a bad deal. So, if you have an urge to increase your Assassin’s Creed: Revelations multiplayer options and you have some spare credit on PSN or XBLA kicking around in December, this might be something worth your while.