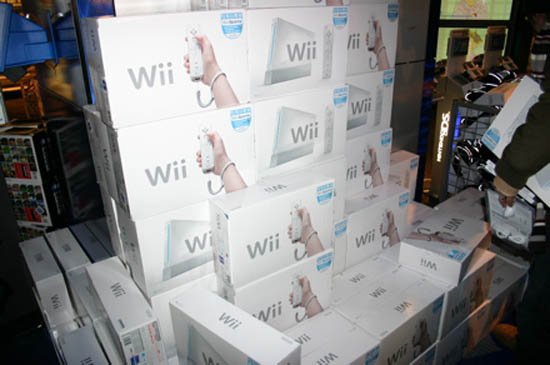 We’ve already heard Nintendo’s admission to possibly having problems meeting consumer demands for their Wii console this holiday, but analysts don’t think that this will hurt Nintendo’s incredible standing in the video games market.

“The shortage will play a minimal role in hindering sales this season given empirical data coupled with the expected high sales figure. The Wii has been outselling its competitors by large margins all year despite these shortages,” says the simExchange’s Jesse Divnich.

Screen Digest’s Ed Barton adds, “Even with efforts to ramp up Wii manufacturing earlier in the year Nintendo is fostering the idea that there will be shortages this Christmas. If this is the case than demand will have outstripped Nintendo’s most optimistic expectations and is a wonderful problem to have as a hardware manufacturer.”

Gamers have always thrown around rumors that Nintendo may be holding back supply to increase demand, but Barton says that Nintendo would not do something like this now.

“This Christmas will be one of the most competitive for years and it is very difficult to believe any of the manufacturers, least of all Nintendo with Wii, would seriously contemplate such a tactic.”

Barton ends things with a statement that points to something we always end up realizing after the fact: “There is no doubt that supplies will fall short to demand this season, but the extent is probably being exaggerated.”

[Via Gamesindustry.biz — Thanks, JV]