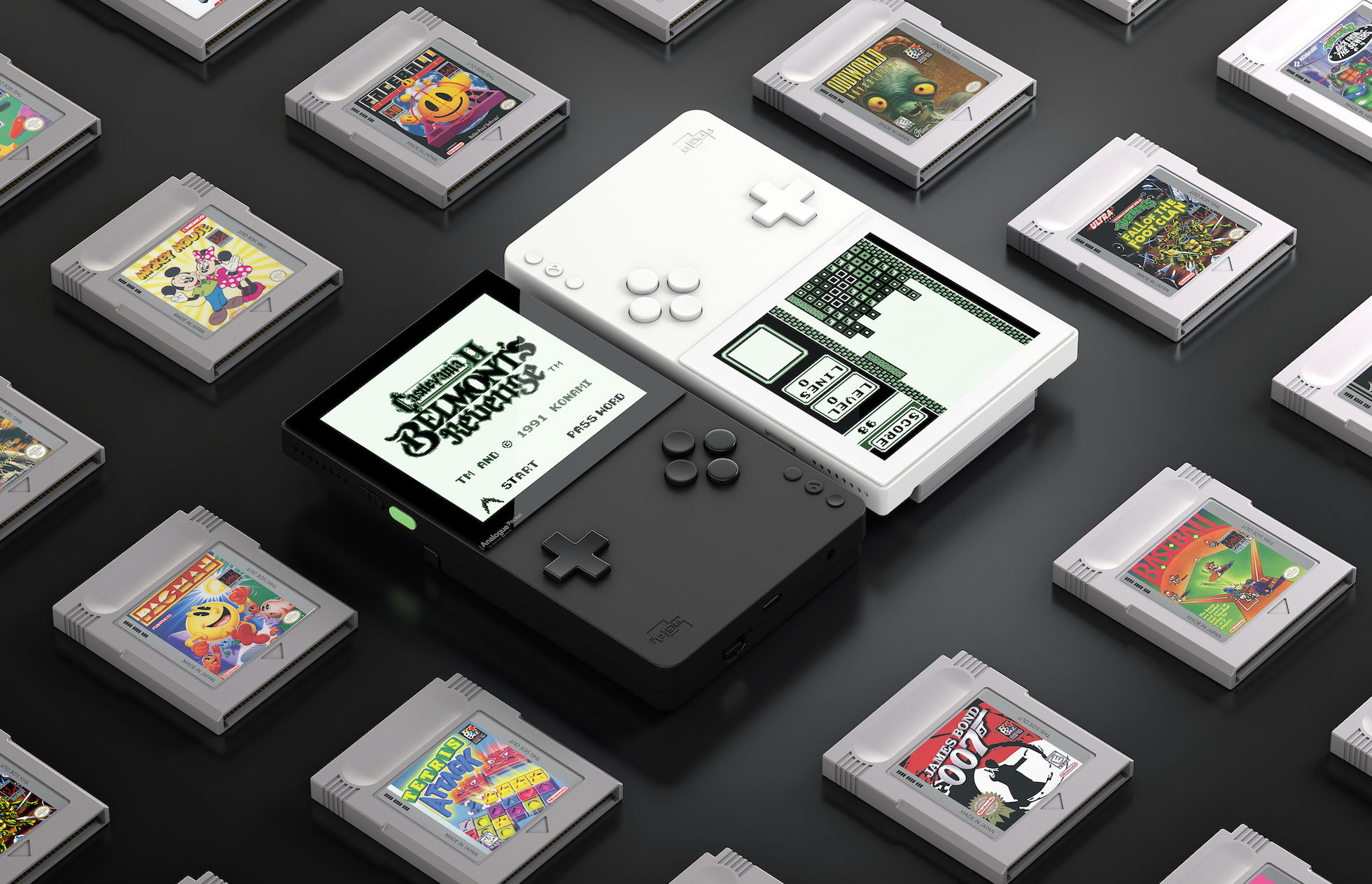 Analogue is a fascinating company that’s not only interested in game preservation, but the creation of retro devices down to the last minute detail. Now they’re ready to unveil their most ambitious project to date: the Analogue Pocket.

Described as a “multi-video-game-system portable handheld,” this baby will play Game Boy, Game Boy Color, and Game Boy Advance games out of the gate, with adapters for Game Gear, Neo Geo Pocket Color, Atari Lynx “and more.” As Analogue states, there is no emulation involved, and the screen is a 3.5 inch 615ppi LCD, sporting a 1600×1440 resolution (10 times that of the original Game Boy). All buttons can be mapped, there’s a micro SD card slot, a 3.5mm headphone jack, and the lithium ion battery can be recharged (USB-C).

On top of all this Analogue is creating a dock for the thing, which is like an ultra-charged Super Game Boy. You slip the Pocket device into it and it outputs directly to an HDTV, with the opportunity to hook up an 8BitDo Bluetooth controller or wired USB remotes (there’s two USB slots). The device is coming in 2020, and will be initially sold for $199.99 (the dock pricing is listed as “TBA”).

Given my penchant for handheld gaming and game preservation, you know I’m down. Analogue hasn’t let me down yet.