The child of Eternity’s Child

Do any of you readers remember the wonderfully mustached Conrad Zimmerman? Did you know he is currently working on a video game called Plague Road with Luc Bernard, an outspoken indie developer who has history with Destructoid? Luc Bernard was the man behind Eternity’s Child, a game that Conrad gave a 1 out of 10.

That event led to one of the more infamous moments of backlash for our site. Lots of people were expecting the game to be a gigantic hit and it looked spellbinding in screenshots. We were even represented in-game as Mr. Destructoid was a character. When it came time for the review, however, things weren’t so peachy. 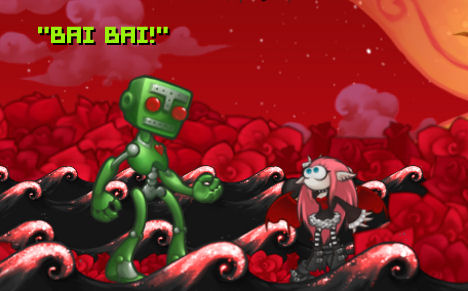 Both Conrad and Anthony Burch trashed the game in their dual-review, prompting Luc to get drunk and to fire insults at our readers. This gave way to a plethora of “F Luc Bernard” comments; being only 22 years old at the time, I imagine he felt personally assaulted. His course of action wasn’t the best, something even he admits.

In his words, “For me to get drunk and attack the internet was a wrong thing, I agree.” Still, you have to start somewhere and Luc didn’t put his best foot forward. “Back then,” Luc reminisces, “I thought my career might have been over. Publishers I was talking to stopped talking to me.” That could have been the end, but Eternity’s Child somehow escaped failure and turned out successful. “It actually sold decently,” Luc claims.

“Maybe six to nine months after, I released Mecho Wars on iPhone; that did critically well and was part of many top iPhone games of 2009 lists.” Maybe all of that criticism went to heart. Instead of accepting defeat and giving up, Luc fought the hard battle and came out victorious. 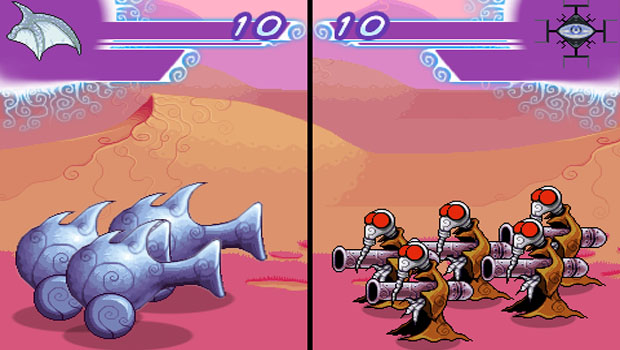 “I always just wanted to tell stories,” he proclaims. “I just think games are the best modern art form, because everything goes into them — music, art, writing, and design.” Luc started developing games with a Game Boy Advance ROM reader around the age of 16. I doubt many of us could say the same thing for that stage of our life.

Does he regret making the title? “Eternity’s Child did allow me to move to America, and start my career, so do I regret it? Never! It also allowed me to fuck up on my first game so then I’d never fuck up again.”

“I would rather do a bad game as my first game than have a publisher invest a lot of money and then make it a disaster.” While he obviously would have loved for Eternity’s Child to be remembered as a classic, sometimes reality can be harsh. “The game just wasn’t good,” Luc says. “But hey, for a first game, it’s not that bad either.” 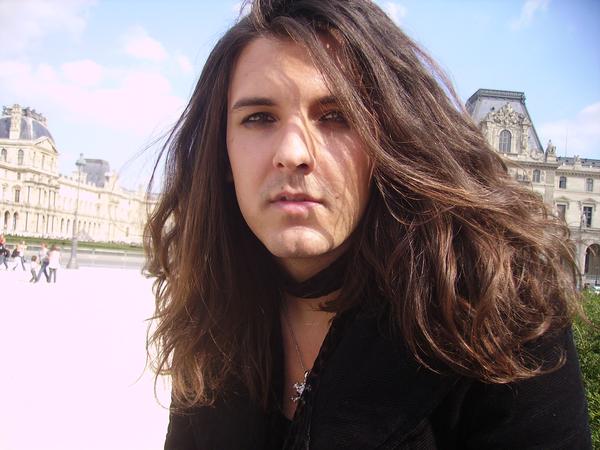 That could have been the end of the story, but how, exactly, did Luc end up working with Conrad? To put aside such a debacle and make-up is a big task for anyone, let alone someone who you may have financially hurt. But, Luc seems to be a more mature and level-headed man than he was eight years ago, something which looks to have influenced Conrad’s decision to work with him.

As Conrad recalls, “The Eternity’s Child review played a big role in our coming to work together, definitely, but we had no interaction for a long time afterward. There was nothing personal about my criticism of the game, but you never know if that’s going to be understood or accepted by the people who make the games you criticize.”

So did Luc just, out of the blue, reappear in Conrad’s life? Through a serendipitous move, he actually ended up on two episodes of the dearly departed “Sup, Holmes?” podcast. It was during his second interview that Luc had reached out to Conrad.

About that appearance, Conrad recalls that, “It was so clear he didn’t hold any kind of hard feelings about it that I initially thought he’d completely forgotten I had any involvement in the review.” That wasn’t the case, as Luc had specifically been looking for Conrad. Luc wanted someone who wasn’t afraid to point out when things weren’t working so well, something Conrad had no problem doing. 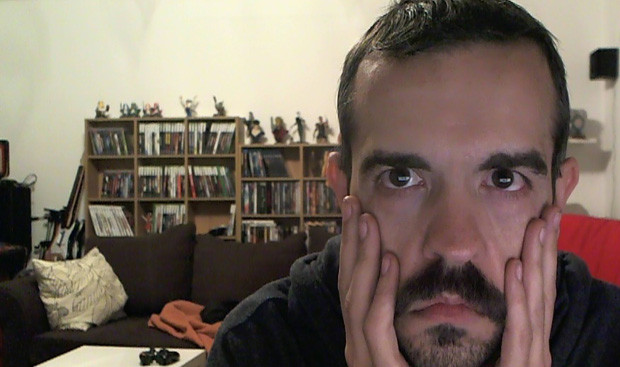 Conrad isn’t the only Destructoid alumnus working on Plague Road with Luc. Jim Sterling is also providing voice work for the project. “Getting Jim on board,” Conrad notes, “was really just a matter of asking if he wanted to do it.” The camaraderie that Conrad and Jim had over the years may have played a role, but it mainly led to better writing for the character Jim is voicing. “Years of working together on podcasts has given me a familiarity with his voice that makes it very easy to imagine how what I’m writing is going to sound.”

So what, exactly, is Plague Road? In Luc’s words, “even if we are calling this a roguelike and turn-based strategy, I’m not even sure it has a category.” Still, the hallmarks of those genres are present. You engage enemies on a battlefield similar to something like Fire Emblem, but the combat doesn’t shift to a separate arena.

“There are neat things, like when you hit an enemy you still fight them in that same level,” Luc describes, “so the trees or obstacles will still be there, and depending where you hit them, the battlefield will change.” All of this sounds like an attempt to make the game world feel alive, something that a lot of modern games still struggle to do well.

As for the aesthetic, I was curious how a plague doctor became the main protagonist. That was mostly by random chance, though Luc has a bit of an obsession with that design. “I don’t remember who it was who said Plague Doctor, but I’m obsessed with them,” Luc states, “so to me it was like fuck yes can finally make a game about a plague doctor!” The rest seems to be the style of David North, one of the artists on the team.

Luc loves the group he’s assembled. “My programmer; I’ve been working with him since Mecho Wars. I have great artists on this like David North, who really gets my style, and Sean Beeson, who has always composed all my games. Then Jim’s voice just fits perfectly with the game.”

So regardless of whether Plague Road ends up a critical darling or not, Luc couldn’t be a happier person. Creating a stinker is tough, but failure is always a possibility. What you do after is what defines a person and Luc has planted his feet firmly in the soil of game development. Whether he becomes a household name isn’t important as his only goal is to entertain people and make them happy.

With regard to the unlikely pairing, Conrad reminds everyone that, “It just goes to show that sometimes you can’t predict how people might affect your life down the line. It’s great that we’re working together now. He’s an endlessly creative, energetic guy who lives to make interesting stuff and I’m incredibly lucky to be working with him.”

[Disclosure: Conrad Zimmerman and Jim Sterling previously worked at Destructoid. As always, no relationships, personal or professional, were factored into this article. The author did not personally work with them at Dtoid.]