That’s one way to ruin a cover

Earlier today we told you about a 400GB microSDXC card from SanDisk that will work on the Nintendo Switch, which as you may remember can handle an SD card up to 2TB for some reason. For as many wonderful eShop titles as the console is getting in the coming months, I think investing in a nice, large memory card is a wise decision. It may also be a decision that is being made for you as Nintendo did announce some upcoming retail games will require an additional download.

One of those titles is NBA 2K18. Nintendo confirmed to IGN that players will be able to enjoy some of the game’s content out of the box, but would need to download the rest of the content to experience it all. Limiting your Denatonium Benzoate soaked cartridges to 32gb in an era where games can easily run 100gb will do that to you.

To me, this was only a matter of time. If Nintendo wants that sweet 3rd party support, this is a sacrifice we’re all going to have to make. What surprised me was just how much they’re willing to sacrifice quality box art to let you know which games require a download. 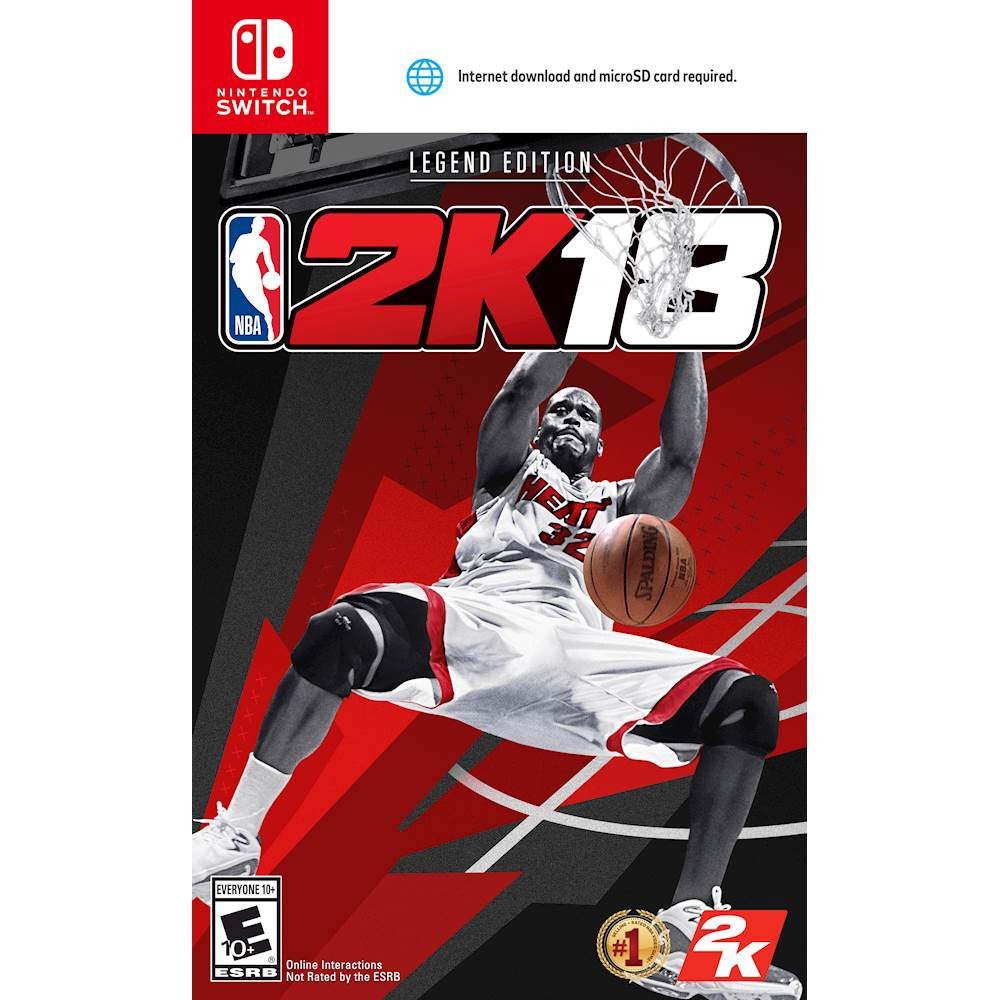 Stacy, eww. Now, while some people might not care because it’s NBA 2K18, imagine that banner on the Super Mario Odyssey box art. Or Xenoblade Chronicles 2. Or Metroid Prime 4. Or Travis Strikes Again.

My hope is this is a placeholder or, at the very least, the first and last time we see this banner as Nintendo finds a more eloquent way to let people know they’ll need to download additional content to enjoy everything a game has to offer. May I suggest one of those environmentally wasteful cardboard sleeves or just printing the warning on the wrapper itself?