Most of the games from the original Playstation fall into a certain category in gamers’ minds: those that have aged poorly. Although the graphics were cutting edge at the time, even beloved titles like Final Fantasy VII can be rough in some areas, and even my own personal favorites like the original Silent Hill prove to be a real chore to replay.

Some titles chose a different route, however, choosing to hold on to the graphics of the past while integrating some of the new-fangled Playstation technology. Wild ARMs is one of these, and while it does have some of the now-famous blocky PS1 syndrome, it still provides an excellent RPG experience with a touch of the Wild West, which eventually trademarked the series and set the stage for future installments ( there are 7 games total.)

The game was remade as Wild ARMs Alter Code: F, adding in an extended script and full 3D upgrades, but whenever I replay the game I still settle down to play the original. Nostalgia is a hard habit to kick, I guess. At any rate, both versions offer an appealing adventure for the RPG obsessee, and if you read on I’ll spill a bit more of the reason why.

Around the end of 1996, a trusted friend and fellow RPG addict said to me, “You really need to check out Wild ARMs — it’s RPG style meets the Wild West.” My first thought was “Ugh.” While I would play pretty much every RPG that I could get my grubby little hands on, I had zero interest in a Western-style RPG. I’ve come to enjoy some Westerns in my old age, but at 19 my interests were mostly writing bad poetry and goth bands, which is about as far away from Western influence as you can get.

Luckily, at some point I did pick up the game, and although I initially cringed when I heard the theme music, it’s now some of my favorite game music from the Playstation era. It vaulted the title from good to distinctive, and much like the Phantasy Star series took a chance in setting the series in the future, Wild ARMs did the same by mixing the Western theme into the RPG format. 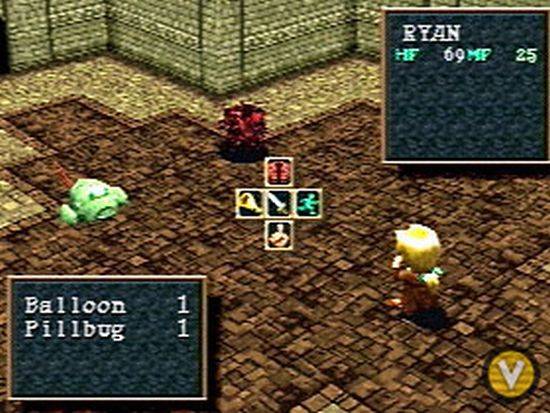 The story begins in the world of Filgaia, where you are introduced to the Dream Chasers, a gang of adventure seekers looking for the usual– fortune, fame, and lots of turn-based battles and political intrigue. You eventually play Rudy, who has the unique ability to operate ARMs (Ancient Relic Machines,) but at points in the game you can also play as Jack, a blond aspiring Indiana Jones type, or Cecilia, a blue haired expert magician (surprise, the magic user is female.)

The game takes place near the beginning of the Industrial Revolution, and the emphasis on technology’s positive and negative attributes is pronounced. Rudy is abandoned with an ARM at his side as an infant, but raised by the town mayor who hid the gun from him in fear of what it might mean if Rudy knew of it. Rudy grew up peacefully but eventually realized he had a psychic link with the ARM, at which point he was cast out of the village and forced to seek out more about his identity. 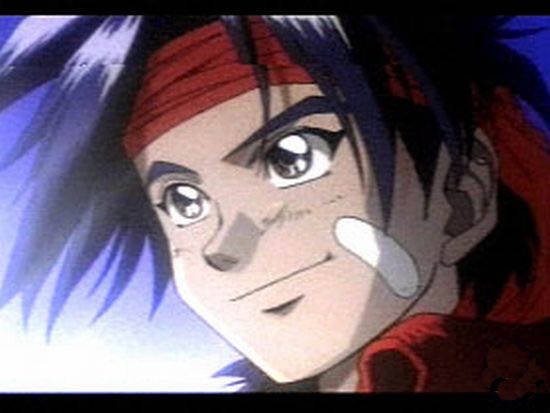 The adventure is mostly played in top down 2D, which hits my sweet spot every time when it comes to RPGs. It must be all that Super Nintendo talking. The only exception is for battles, when the game changes from 2D to 3D. At the time, as I said before, these 3D battles looked great at the time, but now they look incredibly dated. If you’re enjoying playing the game but the battles look too antiquated for you, you may enjoy Wild ARMs Alter Code:F, which is a solid remake and updates the look of the battles (see gallery attached for some pics from the remake.)

Battles have the usual feel of RPG fights, but each character also has special abilities to use. Rudy can use ARMs, as mentioned previously, Jack uses “Fast Draw” for multiple uses of his sword, and Cecilia can use her magic to damage enemies and heal the party. Runes can also be rquipped to summon guardians Final Fantasy VII style (although at the time the game was originally released FFVII had yet to come out.) It’s all basic as RPGs go, but likable characters and a fun story make the battles worthwhile as well. 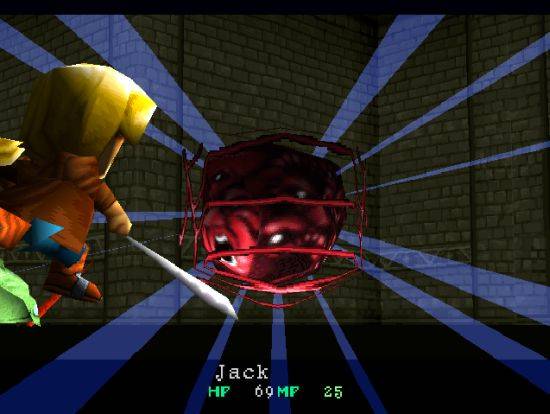 As I mentioned earlier, the soundtrack to Wild ARMs is a key factor in the game’s awesome factor. It was composed by Michiko Naruke and heavily influenced by American Westerns. The game’s main theme actually contains the melody from Ennio Morricone’s “The Ecstacy of Gold” which was featured in the classic Western The Good, The Bad and the Ugly. Naruke went on to compose the majority of the music for the Wild ARMs series, having written over 400 songs for it as of today.

While this feature is about the first game, its worth mentioning that the series itself is excellent and holds strong popularity in Japan. The fanbase in North America is smaller but quite dedicated. The theme of the games continue as outlined in the first title, but sci-fi and cybernetic themes are introduced in the second and then vanish later down the line. While I have to admit this one is still my favorite, if you enjoy playing it you should look up the rest of the series (the newest title, Wild Arms XF, is the series’ first venture onto a portable console and actually is a tactics-based title rather than the usual action RPG format.)

>Attack: if you have a soft spot for top down RPGs, like games that have the balls to do something a little different thematically and enjoy the adventurer aspect of gaming. Attack with +2 to strength if you love Westerns.

>Parry: if the Playstation One look is more than you can stand, the sight of Clint Eastwood in a hat makes you want to puke on your own shoes, or you prefer the post Final Fantasy VII era of RPGs (less quirk, more mature themes.)