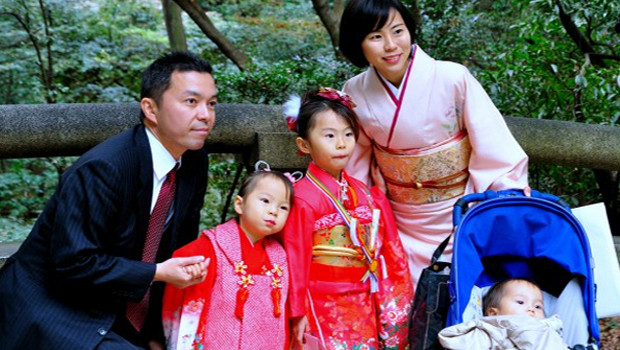 A mild-mannered disagreement on the raising of children

[Dtoid Community blogger Revuhlooshun writes an open letter to the parent of his beloved franchise, Resident Evil. Want to see your own words appear on the front page? Go write something! — Beccy Caine]

I have been a consumer of your products for two-thirds of my life, which now spans twenty-four years. In the course of that time, I have had the privilege to play some of the finest games this industry has ever seen, all of which bear your company’s name and its logo. You have brought to all of us—and by that I mean your millions of customers—unforgettable moments we hold deep in our hearts which cannot be expunged; they are moments which are irrevocably embedded in the strains of our childhoods. This is an accomplishment not many can claim, especially on such a wide and global scale as you have, and for that we are grateful. It is why the Capcom logo has meant something special to us over the years, as a signifier of quality and respect that fans could trust when it came time to part with their hard-earned dollars. It is why I’ve continually supported the Resident Evil franchise over the years whenever I was financially capable of doing so, be it through my own money as an adult or the money of my parents as a child.

The Resident Evil franchise has been my Mega Man, my Street Fighter; the franchise I walked hand in hand with as we grew up together (which says a lot about my childhood and explains what the hell happened to me as an adult, but I digress). I was first introduced to the original Resident Evil at the age of eight by a man my mother was dating who played video games as a hobby. Not only was he my first introduction into the Resident Evil series, but he also introduced me to gaming as an adult hobby, as something beyond a child’s plaything. I eventually received my own PlayStation and its subsequent consoles, and have played and purchased every single Resident Evil game since that day.

Except for Resident Evil 6. Resident Evil 6 has been the first Resident Evil game I have not purchased. I instead rented it, as have many others, in order to convey to you my dissatisfaction with the tarnishing of both the Resident Evil franchise and the Capcom logo which once stood for so much more than it does today.

This is not a hostile letter. I’m not here to pile on a list of complaints. I am of the mindset that criticisms only go so far if you lack a viable alternative—if you’ve got a better idea, then spit it out, so to speak. On October 2nd of this year, one of your employees, a one Hiroyuki Kobayashi who served as the Executive Producer on Resident Evil 6, made a point that I thought was very insightful and rather good:

“The way I always think of it is that if Resident Evil represents a child, then the fans and us as creators are the two parents. The resulting games are like the children that are born between both of us. And just like real parents, you’re not always going to agree on what is best for raising that child.”

Again: A very good point and a novel perspective. With that said: Please allow one of its other parents to now voice their opinions on how we should raise this child, because the direction it is headed is not one either I or the critics are very fond of (as I’m sure you well aware of).

You want the franchise to focus more on action. The traditional fans, the ones like myself who have spent hundreds of dollars on this child of ours, would like it to retain its more survival and horror oriented features. My question to you is: Why not do both? Why not alternate between the two styles and have two series under the same banner, thus allowing you to appeal to the older fanbase while also bringing in new consumers with the very likely possibility that the two groups will bleed into one another and cross-pollinate?

Your executive producer, Mr. Kobayashi, defended his game against the barrage of negative Western reviews with an insistence that it was his job to make the game have a broad appeal. He did so with a series of questions:

“We’re making games and we need to have mass-market appeal in order to survive. It becomes an issue of tracking one way or the other. How far do we go into horror before we lose the support of the average player? How far are we going to lessen the horror elements at the risk of losing core fans, including Resident Evil fans? Where’s the Venn diagram that shows the happy medium of those things? ”

My answer to his inquiries is the proposal I have just laid out. Not only do you satisfy both groups, but you may also draw them in to the opposing camp and expand your revenue altogether.

What I am suggesting is not a radical idea. This model is one that has been tried and tested and proven as effective. One of your contemporaries, Bandai Entertainment, have navigated this course to tremendous success with its Mobile Suit Gundam franchise, alternating between new timelines and products for unfamiliar audiences, such as the ever-popular Gundam Wing, while also producing products for its traditional fanbase that are equally, if not more so, profitable, such as Gundam Unicorn. We also see it now with big names in our own industry like Microsoft and their Turn-10 Studio as they attempt to shake up the sagging sales of their Forza Motorsport simulators with a fresh alternating title, Forza Horizon, a racer more palatable to the casual market released between the traditional simulators the company is known for. There is no reason such a model could not work with the Resident Evil franchise.

I am aware that this something to this effect was attempted with Resident Evil: Revelations, and that the experiment did not meet its financial expectations. But if I may offer an observation: Your older fans who wanted that type of game were not on the platform you put it on. Had you put such a traditional-styled title on the platforms they are on (and by that I mean the PlayStation and Xbox home consoles), I think it is fair to say that it would have been a resounding success. Anything on a home console with the Resident Evil brand name on it is going to sell well, regardless of what you do with it. I would have loved to have purchased Revelations, except I am not going to buy a handheld console simply for one game. Such was the predicament that many of your fans found themselves in when the game was first announced, and I think we both know what they ultimately decided. Revelations could have done well had it been placed on the platforms where your fans reside.

I write this letter because I am tired of us fighting. I am attempting to salvage the relationship we have had for so many years for the sake of our child and our continued business together. I do not like us being upset at one another. It pains me to speak ill of a franchise I cherish so dearly. I do not enjoy looking upon our child with disgust and disappointment. This is ultimately your business, and you can run it as you see fit. But how long can we continue down this path before the franchise becomes a relic of our industry that we look upon with nostalgia and a sense of what could have been, as opposed to awe and admiration for what it is and what it may become?

This letter may be entirely in vain, as I lack any means to bring it to your attention. But perhaps by some fluke, this will land upon relevant eyes. If it has, I thank you for reading this and hope my words will at least be taken into momentary consideration.

Here’s to you, Capcom. Thank you for everything you’ve done, regardless of our disagreements. I hope the next game in the series will find its way on my shelf, and that our child may grow up to be one fine adult.