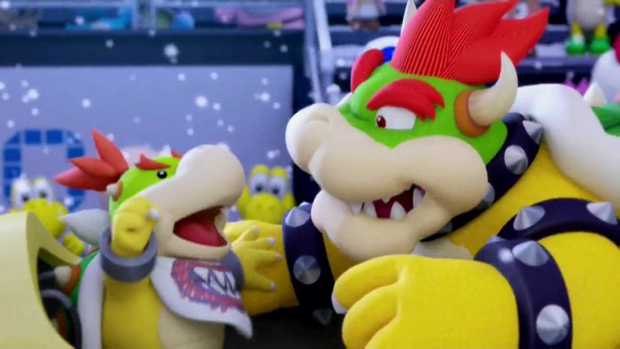 Bowser and Son are legit heartwarmers

There is a whole genre of comedy dedicated to uncomfortable emotions about Dads. Pierre’s Doo Dah Doo Doo rap is one example. That’s doesn’t mean there isn’t plenty of room in the internet’s heart for honest, not-weird affection for Dads and their kids. The growing popularity of this corny but adorable fan-made video about Bowser and Bowser Jr. is proof of that.

King Koopa started off as one dimensional icon — an all-powerful tyrant who rules a race of smaller versions of himself. Sounds like a Dada caricature to me. Maybe that explains the growing tendency for Nintendo and Nintendo fans to paint the character as a gruff but lovable father figure. Adding that dimension to an otherwise straightforward Godzilla-Turtle-Man-King makes a lot of sense, given how so many of his fans grew up with the idea of Bowser being Bad Dad #1.

I wonder how well a Dad-simulator starring Bowser and his kids would sell? Maybe that’s where we’d finally see an the explanation of where Bowser Jr. and the Koopalings came from. One theory is that Bowser can lay eggs without the aid of a reproductive partner, another trait he borrowed from Godzilla. Come to think of it, Yoshi and Birdo can do that too. Maybe Bowser isn’t a “Dad” after all…