Masters of the universe

Now that Adobe has announced it will be discontinuing support for Flash after the year 2020, I decided to speak with some of the creators who got their start with the platform. Jim Crawford, Tim Donley, Tyler Glaiel, and Tom Fulp join us to reflect on the past, present, and future of Adobe Flash.

For over 20 years, people have been creating with it, and, despite its current security flaws, this is still an important part of video game history. It deserves to be preserved. Once support is finally phased out of modern browsers, many of these experiences run the risk of being lost to the unforgiving void of time.

Instead of foaming at the mouth with my own views on the subject, I thought it might be more interesting to get insight from the people that this matters to the most: the developers who used it. 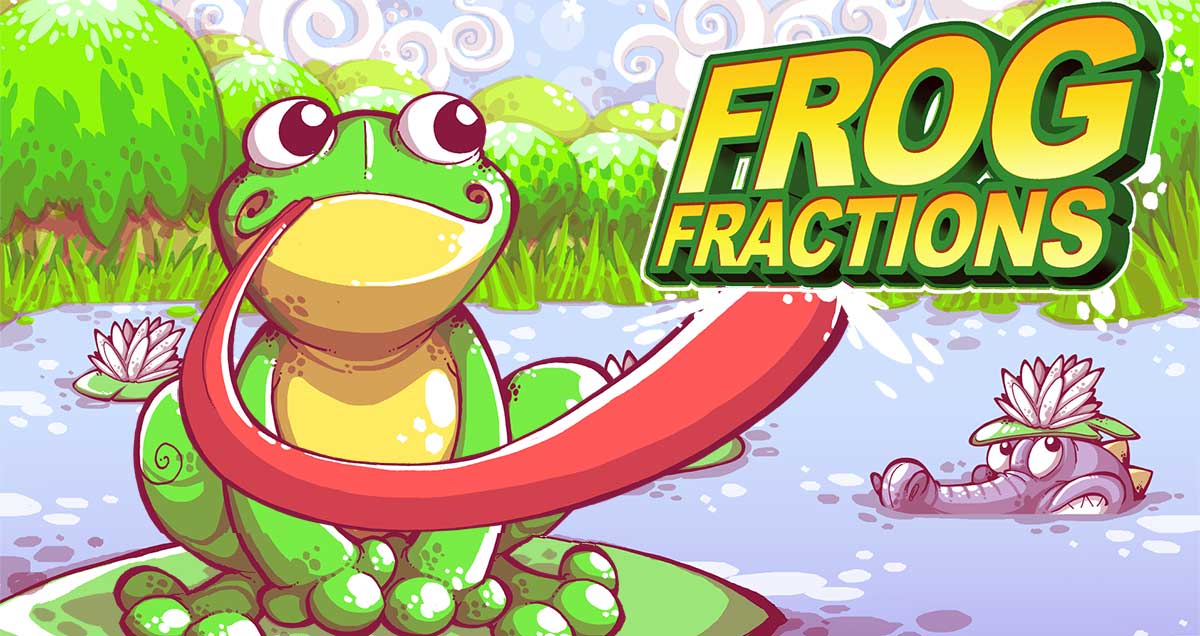 Really, the issue Flash game devs face isn’t that Flash is going away, it’s that a huge chunk of their user-base ran off to mobile phones. Phone browsers aren’t beefy enough to run action-game-grade web apps, and they certainly won’t be by 2020 — both major manufacturers have incentive to make sure games stay *off* the web and in the app store so they get their cut.

Adobe AIR lets you target native PC or mobile using the Flash toolchain and API, so porting individual games isn’t too hard. The problem is that to live in the iOS walled garden, you’re subject to Apple’s whims. For example, Apple doesn’t allow games with significant mod or scripting support, because that starts to compete with the app store itself. Another big one is that Apple doesn’t really care about backwards compatibility, so games usually don’t live more than a few iOS revisions unless they’re popular enough for the developer to keep them updated.

If you grew up playing console or PC games, it’s easy to forget that games working forever isn’t just *how things are*. Console hardware doesn’t change, and Microsoft historically was extremely careful that each version of their OS could run software from the previous version. Here’s a fun example.

Flash has a similarly excellent track record for backwards compatibility — if you load up a Flash game made in the 90’s in a modern Flash runtime, it’ll still run.

Game preservation is hard enough even within these ecosystems. Outside of them, this kind of “bit rot” is the norm.

Game developers have been trending away from PC and console and towards phones, because that’s where the money is. It’s been long enough that the public is starting to notice what game historians have been saying for years: game preservation is about to get very difficult, if not impossible. 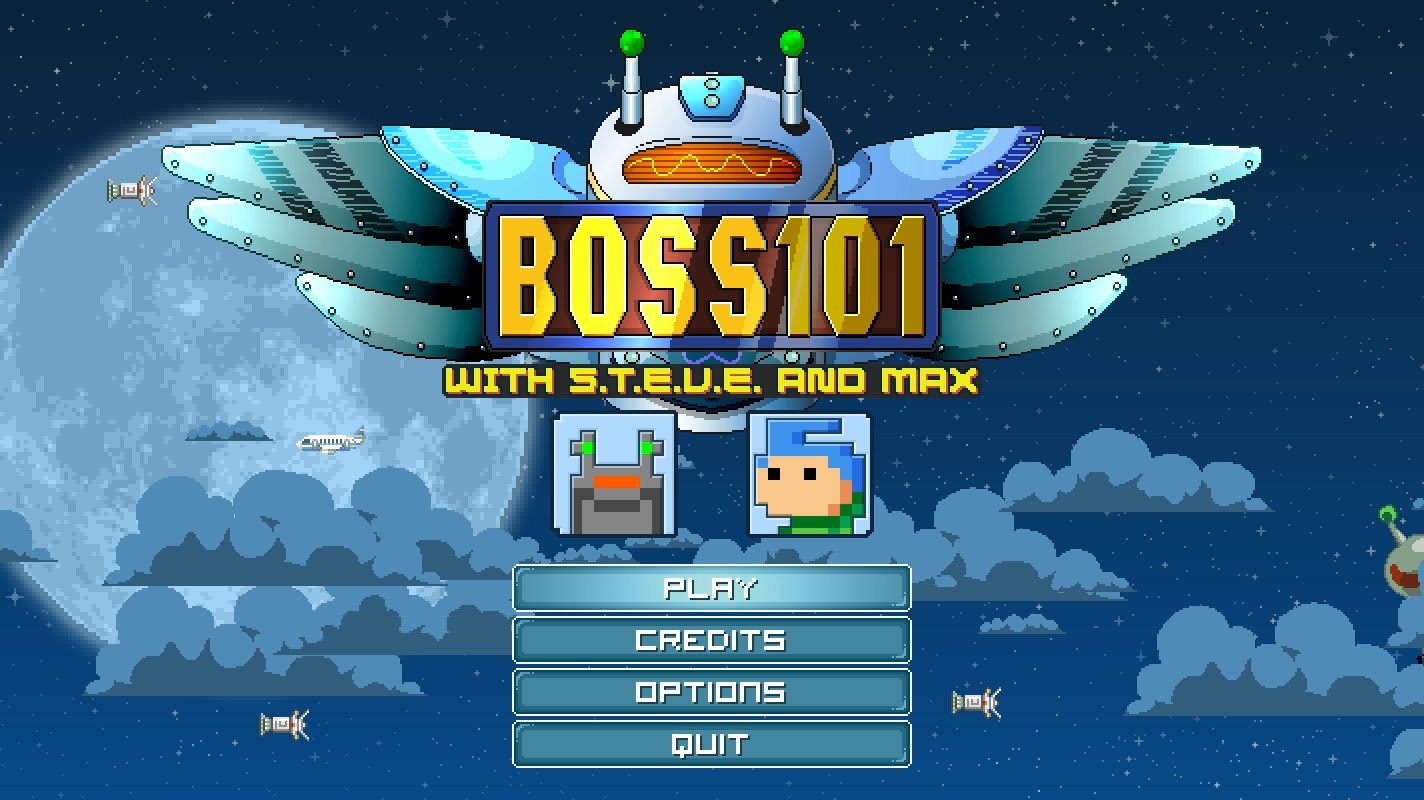 I can tell you this. When I got into Flash games I was considering the idea of making ONLY Flash based games and bringing them over to PC or whichever console I could. After working in Flash a few years, I found out it was not a simple “export to… (insert platform of choice)” problem. The deal I found was Flash was good for certain things but clunky for a lot of others. General animation and things like that it can do very well but as a robust game engine not so much. That isn’t to say a LOT of people haven’t made amazing Flash games and Flash game engines. Most people/teams though are likely limited by Flash for major game development projects.

For me, I wanted to bring Boss 101 to the PC platform and found it was easier to switch game engines to something built for the PC and built around Flash. A lot of the game development tools for animation, particles, sound, and general game development all tend to have export modules for Unity, Unreal, and various major engines but not as many export to a Flash friendly format. Also, the Flash format was already dying out when I start on Boss 101’s web version around 2012. Flash games were selling less with mobile taking over, and there just wasn’t as much money in the Flash market.

I do love Flash. It was one of my first and BEST animation tools. It allowed me to learn and create so many quality animations and it’s still extremely good for that. I imagine many others have a similar experience with Flash. Whoever designed it was clearly an animator at heart since it has extremely nice controls and creation tools for making 2D animations.

In the end though, I suspect Flash will remain around in one form or another. It has so many advantages for aspiring animators and game creators that I can’t imagine it totally dying off. Still, for mainstream type games, I believe it will become less and less economical to use. 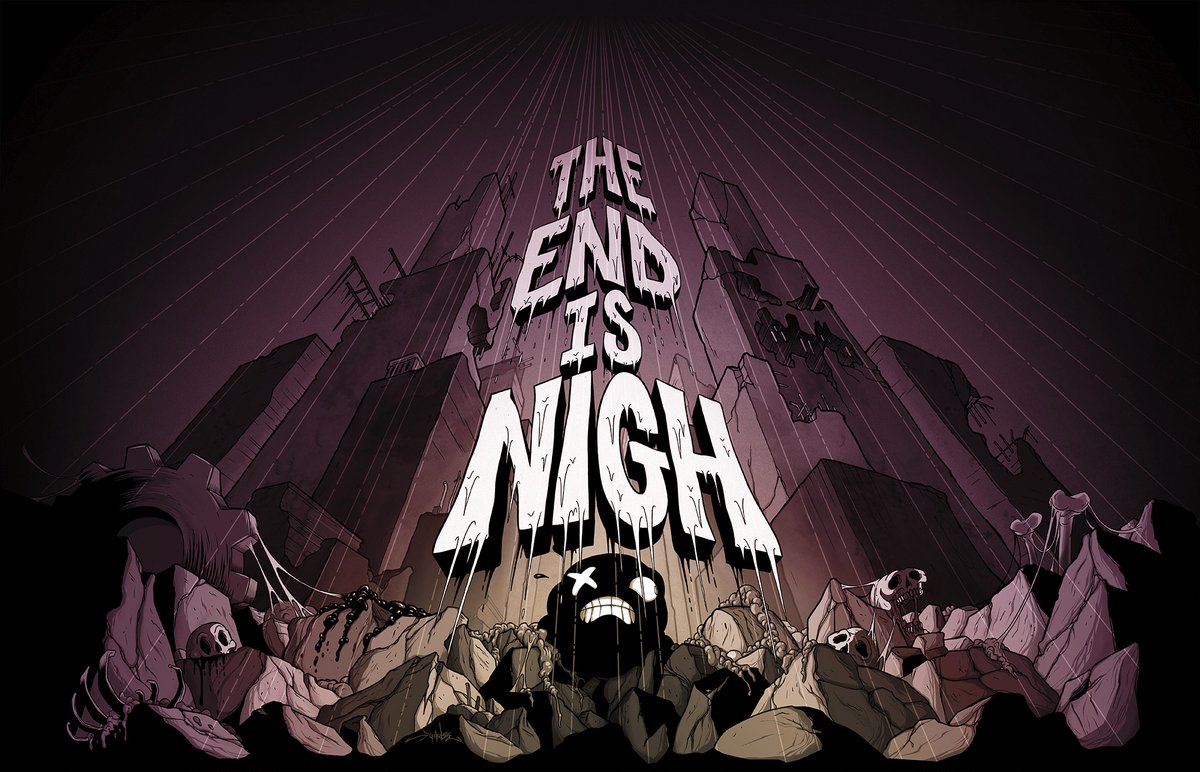 I started using Flash when I was 11 because it was the most accessible program out there at the time for doing that. You didn’t need ANY other programs besides Flash to make a game, and that was huge. I could learn “Flash” instead of needing to learn a million different programs and languages and tools. Nothing out there today does that. They all require other programs for asset creation and code editing. That can’t be overstated and that fact alone is what made it possible to learn it at such a young age. Additionally, there was a really low barrier of entry for releasing stuff. You just uploaded it to Newgrounds and instantly got thousands of plays and hundreds of reviews on it. Newgrounds basically guaranteed every game uploaded there an even chance at success. Every game was guaranteed a certain number of votes, and games with high user scores, or games that the admins just liked, got promoted more. If you made a good game, it got played even though hundreds were released every day during peak Newgrounds. Somehow, they solved the discovery problem that all current platforms seem to struggle with….. more than 10 years ago.

Flash’s downfall was the fact that it was so ubiquitous on the web in the 2000s. YouTube started up because they realized they could use Flash to make a video streamer that worked on every platform at the time (no clunky embedded .movs or RealPlayer plugins). Flash was never meant for that and it wasn’t great at it, but it was the only option at the time. It gets remembered as the software that made YouTube slow and clunky rather than the software that let YouTube exist in the first place. It gets remembered for dumb banner ads instead of the millions of games and animations made in it.

Flash was an animation tool originally, and it’s still the best animation tool out there for 2D games. The way it structures movie clips and timelines and whatnot just works so well for making interactive things. My current engine (the one we used for The End is Nigh and the one I’m using for most of my future projects with Ed) takes advantage of this by loading .swf files directly and extracting the art and animation out of them at run time (much faster than Flash player was as well). It was quite a lot of work to get that engine working because .swf is a really weird file format, but the end result is that it’s so fast to work with Flash graphics that we were able to make all of The End is Nigh in basically 8 months.

Flash game preservation is important. A lot of people handwave it away saying, “just port them to HTML5 then,” but that’s like impossible for 99% of the Flash games out there, made by teenagers who may not even still have their original source code. I think someone should work on making a webGL implementation of Flash Player that can run all the old Flash games, kinda like an emulator. It’s not an impossible project and I almost think it should be Adobe’s responsibility to support the development of it (either by open sourcing Flash Player or providing some funding for open source devs). 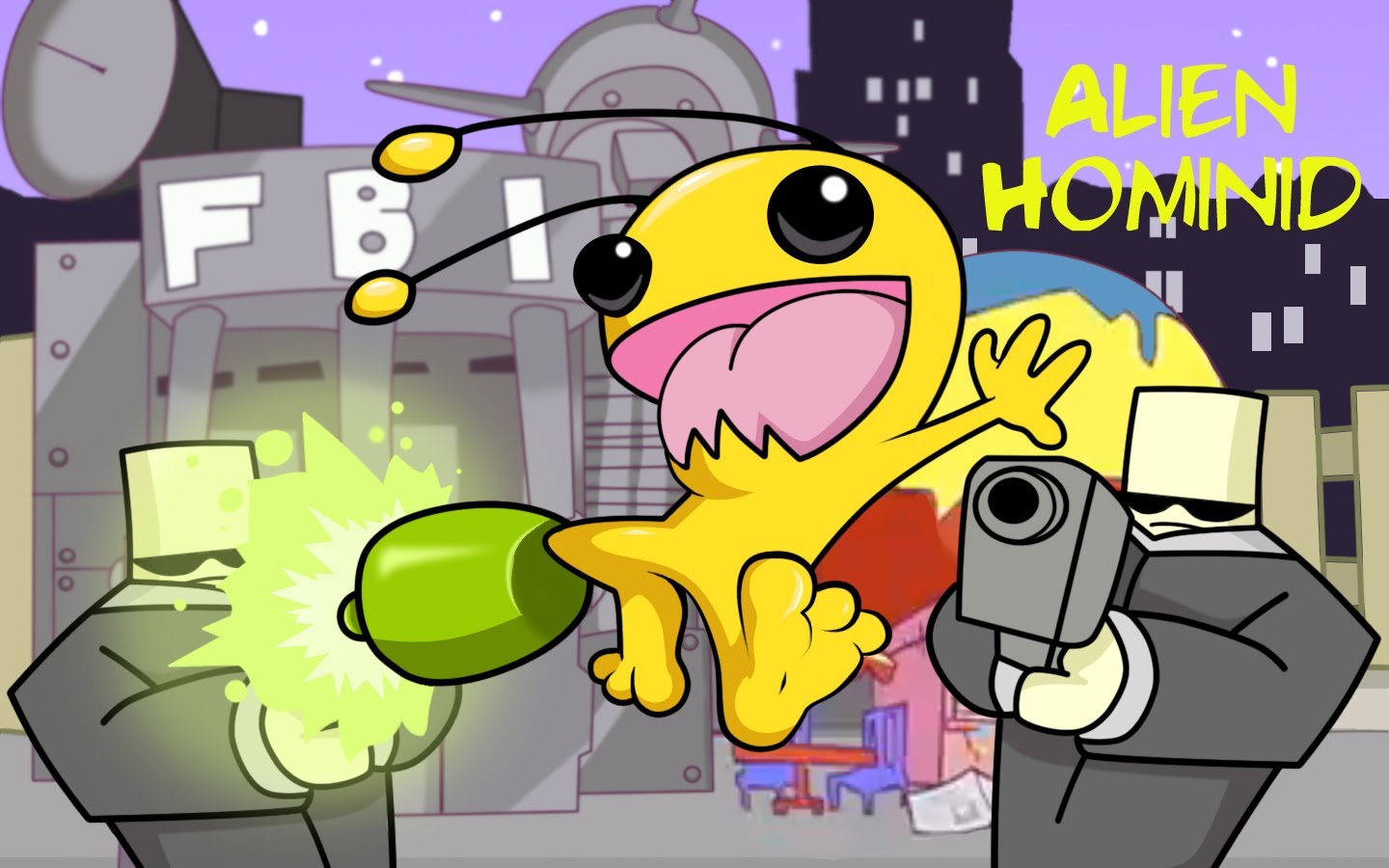 In terms of transition, we’ve been preparing for the end of Flash for many years now. Our 2012 site redesign even removed the word “Flash” from the layout, referring to the content as just games and animation vs Flash. We developed Swivel, software for converting SWF files into the best-ever MP4 format.

Most of the Flash-based animation you see on Newgrounds and YouTube has been converted with Swivel and the majority of our animated content nowadays is uploaded in this format and viewed in an HTML5 video player. We’ve been gradually converting the classic content as well.

Games are a more difficult situation, as we haven’t created a web player for those. There are projects underway such as Shumway where the goal is to run SWF files via a JavaScript player. There is also a lot of interest in a compiled player using WebAssembly, which is still in its infancy but has great potential for future web apps. The big question will be whether we’ll be able to run ALL of the Flash content in web browsers or just specific sets such as games made with ActionScript 2 or ActionScript 3. Any help from Adobe on this front would be awesome.

In the worst-case scenario, people will still be able to find all the classic games on NG, but they will have to download and play them in a standalone player. Alternatively, we could offer exe versions of the games – the Flash player does have an EXE export option we could use for that.

In terms of content moving forward, Newgrounds already accepts games in HTML5 format and a lot of games are uploaded that way now. The Audio Portal will soon be updated to use an HTML5 audio player and the Art Portal never depended on Flash. A lot of people assume NG will die with Flash, but it already doesn’t depend on it much beyond making classic content available. We would like to keep that content available via browser, though. 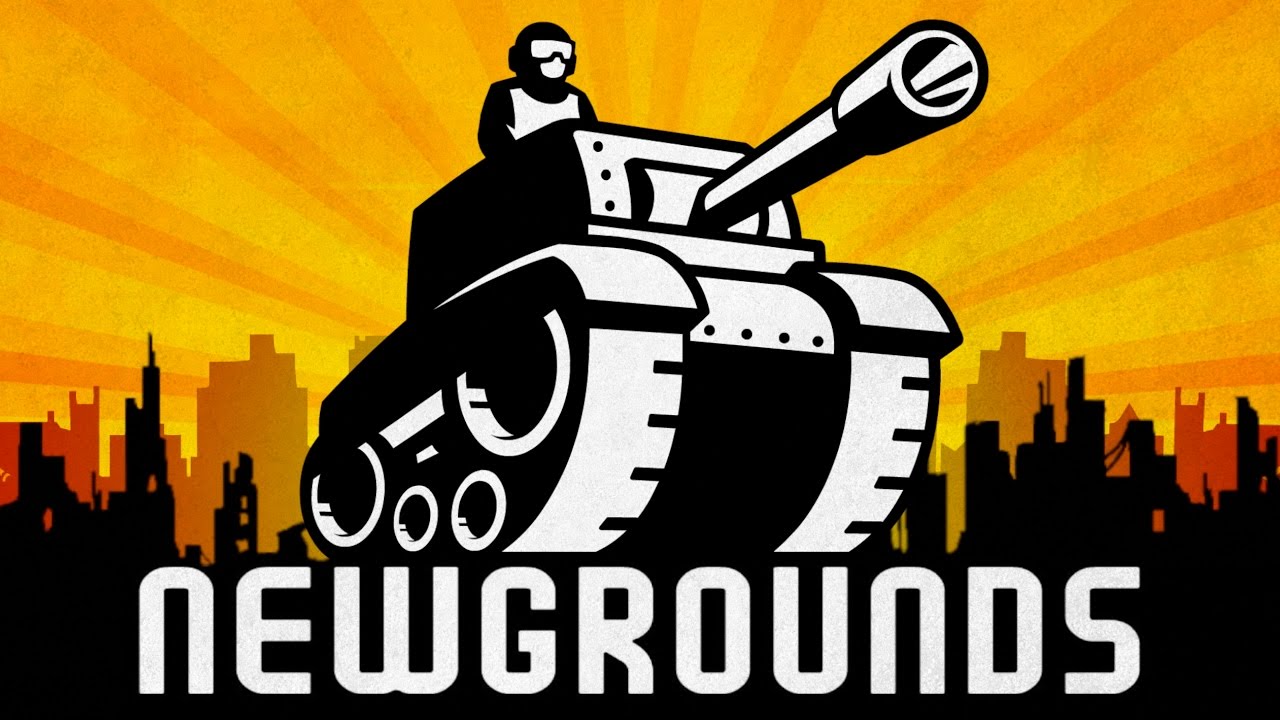 No matter what, Flash will continue to live on in some form or another, but how much will be lost in the process? It appears that the ball rests firmly in Adobe’s court at the moment. These games, even the lesser-known ones which are most at risk right now, are a huge part of the company’s legacy. Hopefully, they’ll have a change of heart and become a little more cooperative with preservation efforts in the future. After all, this isn’t just their history. This is ours too.