We’re back with part two of our audio walkthrough of Nintendo Land with composer Ryo Nagamatsu. This time we visit Luigi’s Ghost Mansion, Mario Chase, Metroid Blast, and Octopus Dance.

And be sure to read part one of our feature which covered four other Nintendo Land attractions. 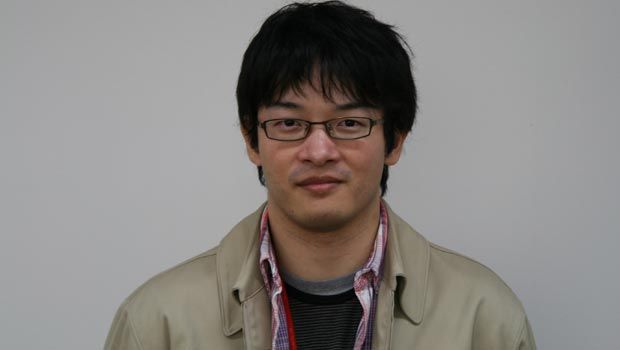 On his approach to Nintendo Land and the main theme

“For Nintendo Land‘s music, we decided to go with a mixture of nostalgia, fun, and novelty, something that could be enjoyed by people who have played a lot of the old games as well as those playing a Nintendo title for the first time.

“Videogame music has evolved with the times, going from the classic NES sound to the point where it can recreate the feel of real instruments. Following that flow, I chose to use NES-type sounds for flat scenes but a more realistic sound using orchestras and acoustic instruments for larger, more spread-out 3D scenes.

“Nintendo Land‘s main title tune plays throughout the Plaza, but it’s set up to change as the local environment does, like when you press the buttons that change the time of day or start the parade.

“There’s also a jukebox in the Plaza that lets you enjoy all the new rearranged tracks that play in each attraction.

“You can use the jukebox to bring up your favorite tune while walking around a Plaza filled with all the prizes you earned in the Coin Game. Or you can play with the time-change or parade buttons and take in the atmosphere that results. Either way, I hope players take the time to adjust the Plaza environment to their full liking.”

“Given the attraction’s ghostly theme, the soundtrack is generally pretty soft and quiet.

“The first stage uses a rearranged track from the original; everything besides that is new music. There’s a fun stage with a bunch of conveyor belts in it; I was inspired by the tune you hear when Professor E. Gadd makes his first appearance in the original when composing that stage’s music.

“Meanwhile, the scarier-looking stages go all-out scary with the music. I hope that players get a sense for that scariness and the chase-or-be-chased excitement of the game.”

“This attraction uses arrangements of old tunes in all of the stages.

“The assorted ‘Athletic’ and ‘Slider’ themes from the Mario series were arranged with strings, electronic sounds, and so forth to match the game’s atmosphere.

“The music speeds up in each stage when time’s about to run out, accelerating to a point where a human being would never be able to play it. I went with this after conferring with Mr. Kondo, who figured that games are clearer and more fun if they take simple-to-understand tactics like that.”

“Metroid Blast is the most complex attraction in Nintendo Land, one that gives you a really full-on action experience. I gave the music an orchestral arrangement for an epic, flamboyant sound, something that made you feel you were playing inside an enormous space.

“The chorus you hear in the arrangement of Super Metroid’s ‘Lower Norfair’ music is composed entirely with my own voice, without any processing.

“There’s a lot of original music here, too, songs that retain that grand sort of Metroid impact. I hope it’ll help players really lose themselves as they’re thrown into battle inside this massive space!”

“I went through a great deal of trouble producing the music for this game since, after all, there wasn’t any other game I could base the music off of. [Laughs]

“As a result, everything in this game is an original composition, and since this is a dance game, I tried to get as much variety in as possible. So I produced music that’ll expose you to a bunch of different styles as you go through a set of stages.

The tune that plays as you’re selecting a player in the game uses the sound effects produced by the original Game & Watch title as a motif. If you still have it around the house, try it out and compare the sound!”