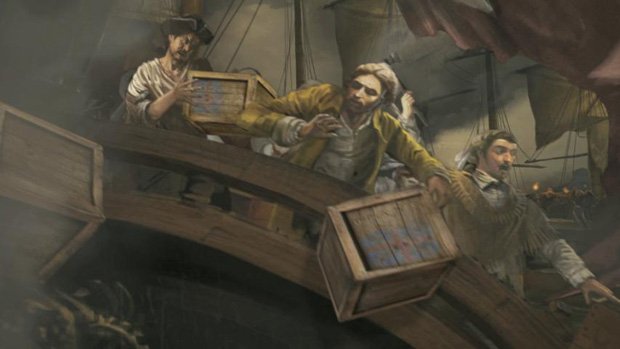 The trailers for Assassin’s Creed III keep coming but they aren’t getting any better. This latest effort gives a history lesson on the Boston Tea Party, where a simple misunderstanding about taxation and representation resulted in the tragic loss of a whole lot of tea (and probably some local marine wildlife; that can’t have had a positive effect on the region). But there were secret events unfolding all around them and those were much more important.

If you want to skip past the elementary lesson (and the snooty voice delivering it), gameplay footage appears at 1:25. For, like, twelve seconds.

Just show us the game, Ubisoft. We’re Americans. We don’t have enough history to care about, nor the wisdom to acknowledge its value. Pretty pictures, though.