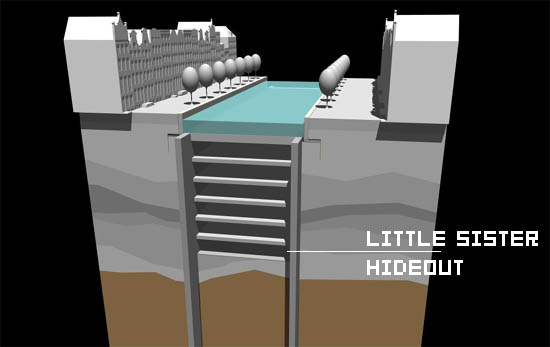 The massive underwater city of Rapture may have began in the imaginations of BioShock’s developers 2K, but a similar city could become a reality in the Dutch capital of Amsterdam.

World Architecture News says that a $14.4 billion plan was just unveiled this week to expand Amsterdam. This port city is centuries old, and they ran out of development space a long time ago, so now they’re looking to build down rather than out. And down means underwater. The city’s network of canals would be drained so that these complexes can be built.

The idea sounds crazy (and a bit scary), but architect Moshé Zwarts says that the city’s geology permits this kind of project. “Amsterdam sits on a 30-meter layer of waterproof clay which will be used together with concrete and sand to make new walls, he explains. “Once we have resealed the canal floor, we will be able to carry on working underneath while pouring water back into the canals. It’s an easy technique and it doesn’t create issues with drilling noises on the streets.”

Right now, they plan to use the space for shopping, parking, sports facilities, and general leisure. But it’s only a matter of time before some crazy man tries to seal it off and make it a new “Eden.” Let’s hope that there are some advances in genetics before the project’s completion date.