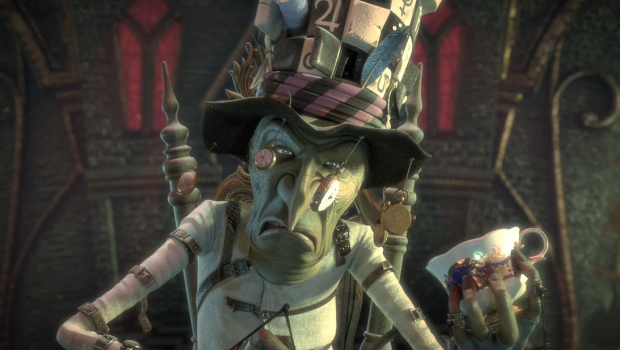 Cites lack of anything meaningful in the hardware

Alice creator American McGee is not stoked about Sony’s PlayStation 4 unveiling, explaining the lack of innovation in the controller department as the big reason for his apathy. The PS4’s conventional DualShock 4 design has earned a “meh” from the developer.

“I was hoping for innovation in control input,” he told Forbes. “Didn’t see anything meaningful, so ‘meh.’ It’s nice that they’re moving towards what looks like more developer-friendly hardware and indie-friendly distribution. Remains to be seen if the appearance matches reality. Overall, I think this generation of consoles will struggle painfully against the momentum of mobile/online games we’re seeing globally.

“At present [the next generation] just looks like another distribution channel with not much to differentiate from other outlets (aside from sheer horsepower).”

McGee isn’t the only one to feel a bit underwhelmed by the prospects of the upcoming generation of systems. Nevertheless, a developer has disparaged a console, so we must discard any potential conversation and move swiftly onto the stage where we say no game he’s ever made is good. That is how we talk about things on the Internet.

Still, can’t say I agree with him on the innovation thing. Innovating something for the sheer sake of it is a crummy plan. If Sony couldn’t think of a meaningful change to the controller, then I respect it didn’t force it. Besides, I’m sure Microsoft will have us covered with whatever it plans next for Kinect.