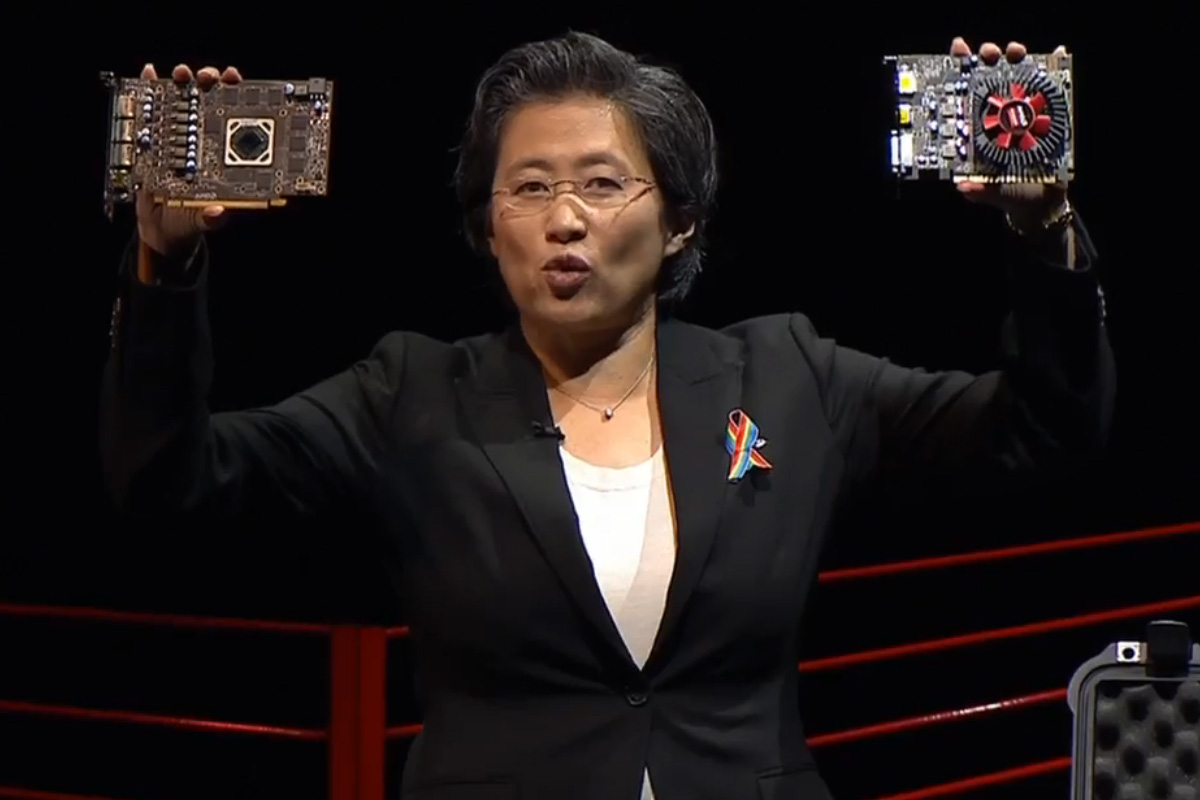 Everything but the kitchen sink

At the PC Gaming Show at E3, AMD CEO Lisa Su has unveiled the company’s initial range of hardware that runs on the new Polaris architecture.

The Radeon RX480 is the flagship card of the range, with Su claiming it will offer a “premium VR” experience when it rolls around on June 29.

On top of that, Radeon RX460 and 470 cards will also be available, with the 460 card placing an emphasis on performance for eSports. The cards are said to run “cool and fast” while running on less than 70 watts.

Su also showed off AMD’s next generation of CPUs, codenamed Zen. We don’t know much about it yet other than its existence, unfortunately.

Finally, Su marched out a lady wearing a VR-ready PC in a backpack. Back-mounted VR devices have slowly been gaining popularity in the months since VR finally launched, and so seeing AMD get in on the act could be interesting.