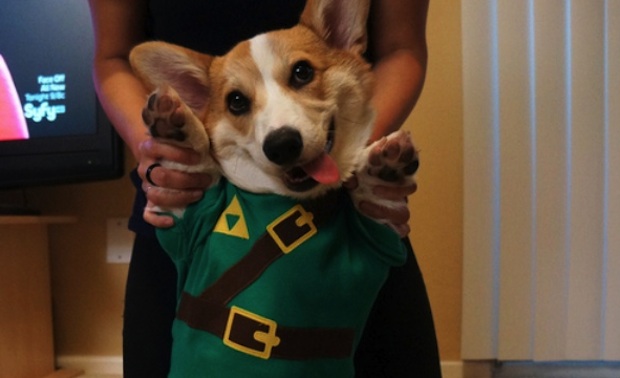 While this is a videogame website, and I should have mentioned the Assassin’s Creed PS Vita bundle first, I think anyone will be drawn more to the $1,000 prize for Amazon’s Halloween costume contest.

Amazon is running a Halloween videogame costume contest for Facebook fans, giving that shiny $1,000 gift card and the Assassin’s Creed PlayStation Vita bundle to a winner in each of their four categories: Funniest, lowest budget, best likeness to a game character, and most elaborate.

To enter, be a fan on their Facebook page, and then submit a photo in costume along with a description detailing what you’re dressed up as and in what category you are entering. The deadline is October 31. Facebook fans will vote on the finalists.

I asked if corgis in costume were eligible. Sadly, they aren’t.