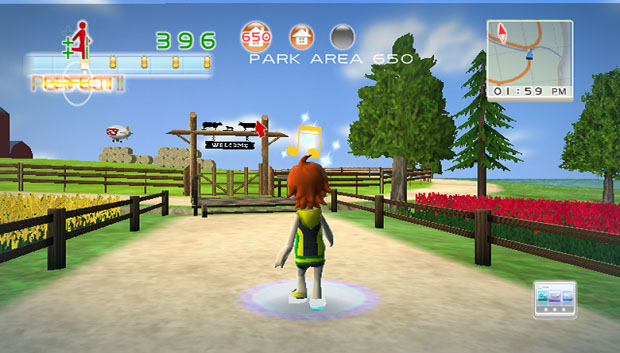 Amazon is my jamazon. I shower them with so much praise that people think I work for them — viral marketing or some crap. I don’t. I just love the convenience, selection and great prices. Damn, I sound like a commercial again.

Today’s Gold Box deals are all Wii games. The Beatles: Rock Band came and went this morning. Natch. Right now, Walk it Out (shown above), a…walking game where you can “step to the beat of hot hits like the Black Eyed Peas’ ‘Boom Boom Pow'” is going for $19.98.

More are coming later today. From the tips, I see some fitness games and what looks to be a Wii Remote charger.

Totally not game related, but Horror Blu-ray and DVDs are 47% off! I swear to God that I do not work for Amazon!

Back to the walking game. Why does that even exist? You could…I don’t know, put on headphones and go outside. For free.