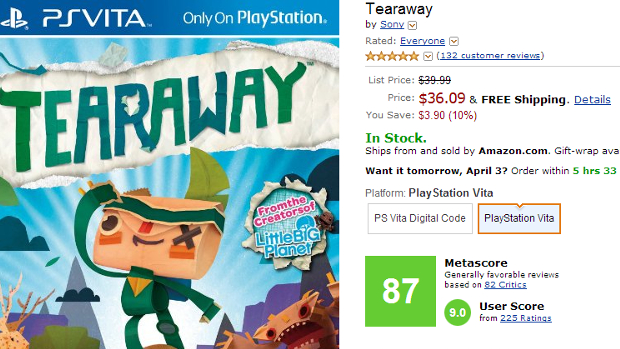 Remember when Fallout: New Vegas developers missed out on a Metacritic hinged upon bonus by one point? Well, here’s another way Metacritic could doom (or help) developers. Retail giant Amazon has embedded Metacritic scores (and user scores) on games’ pages, presumably because it doesn’t trust its own terrible user reviews. The latter still get top billing but don’t pop out as much as these newly present, colorful boxed numbers.

It’s not on every product listing yet. Darksiders II ironically does not have one. Nor does Final Fantasy XIII-2. But games as old as Bushido Blade do. Currently, this is only for games, though Metacritic also aggregates scores for film and music.