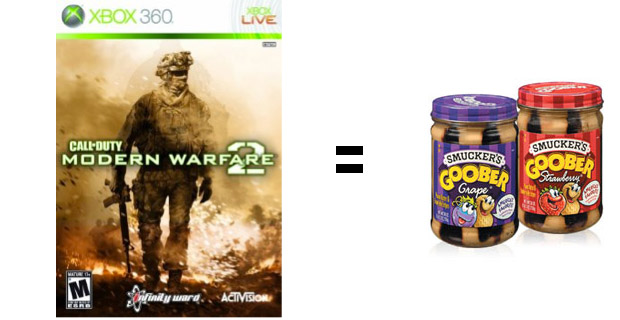 Walmart.com was the way to go if you were looking to pick up Call of Duty: Modern Warfare 2, as they were giving at $15 gift card to anyone buying the game. No, it is not as good as a $15 discount, but at least you could make up some of your losses with groceries or batteries or that peanut butter and jelly in the same jar crap.

Amazon has stepped up to the plate to match Walmart’s deal. Kind of. All of the versions of Modern Warfare 2 have some kind of money bonus attached to them. The standard PS3, Xbox 360 and PC versions all match Walmart’s deal, giving buyers $15 toward another purchase. The $80 Hardened Edition and the $150 Prestige Edition both have a $10 bonus attached to them. I guess they figure if you’ve got that much cash, you don’t need as much of a bonus.

You can pick from the various versions here.