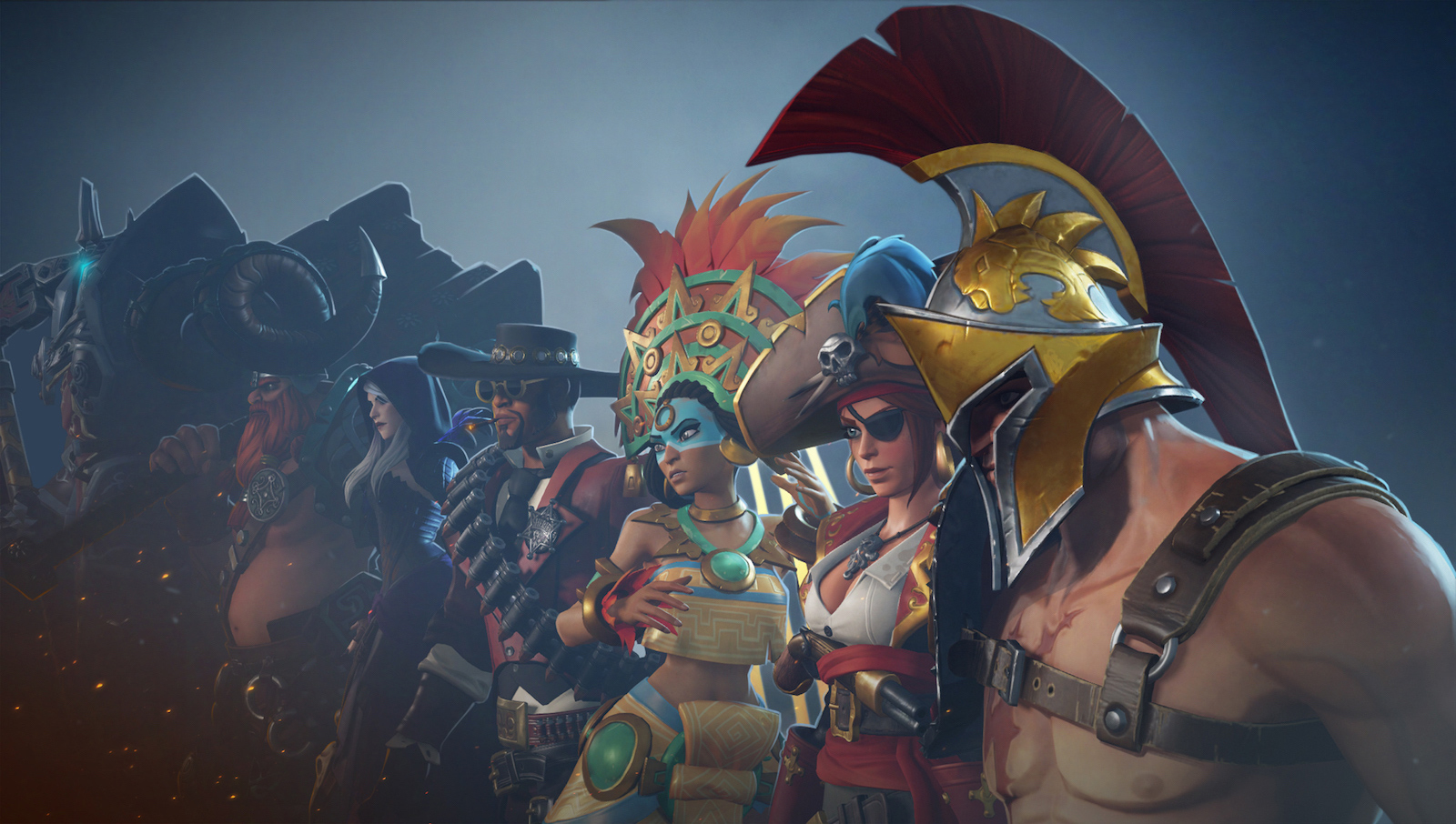 I can’t say I’ve given Amazon’s move into game development much attention, so perhaps my expectations were low coming in, but I like the sound of two of its three newly-announced PC titles.

Breakaway has the most to show and, unfortunately, I find it to be the least interesting of the bunch. The concept they’re going for is a four-on-four “mythological sport brawler” built for live-streaming.

It’s a sportier twist on the popular hero-based team action game, with a different win condition (you’re taking down opposing players in service of scoring goals with a ball-like “relic”), and the ability to place structures (say, a catapult or a jail) onto the field. There’s already an alpha signup.

Next is New World, an MMO sandbox game set in a cursed land with supernatural forces, monsters, and fellow cold-hearted, conniving humans. You’ll be able to build towns and forts collectively, or go off on your own and become a soldier or perhaps a farmer. (Never mess with the farmer.)

Details are light, but this sort of emergent gameplay in a spooky 17th-century colonial America sounds promising — particularly the simulation of not only day and night, but year-round seasons.

Then there’s Crucible, a third-person shooter that, again, is multiplayer- and streaming-focused. Here, 12 players attempt to survive on a hostile alien planet, while a 13th player acts as game master with assistance from viewers. The last one standing wins, but to stand a chance, you’ll need to actively cooperate with other survivors (at least as long as your alliance suits you).

When we think of Amazon, we still think of deals, not development, but the company has some talented creators on board and enough of a budget to give these new IPs a fair chance (or so I’d hope!). I’m curious to see how this three-game production works out, and how the titles will be met by players.