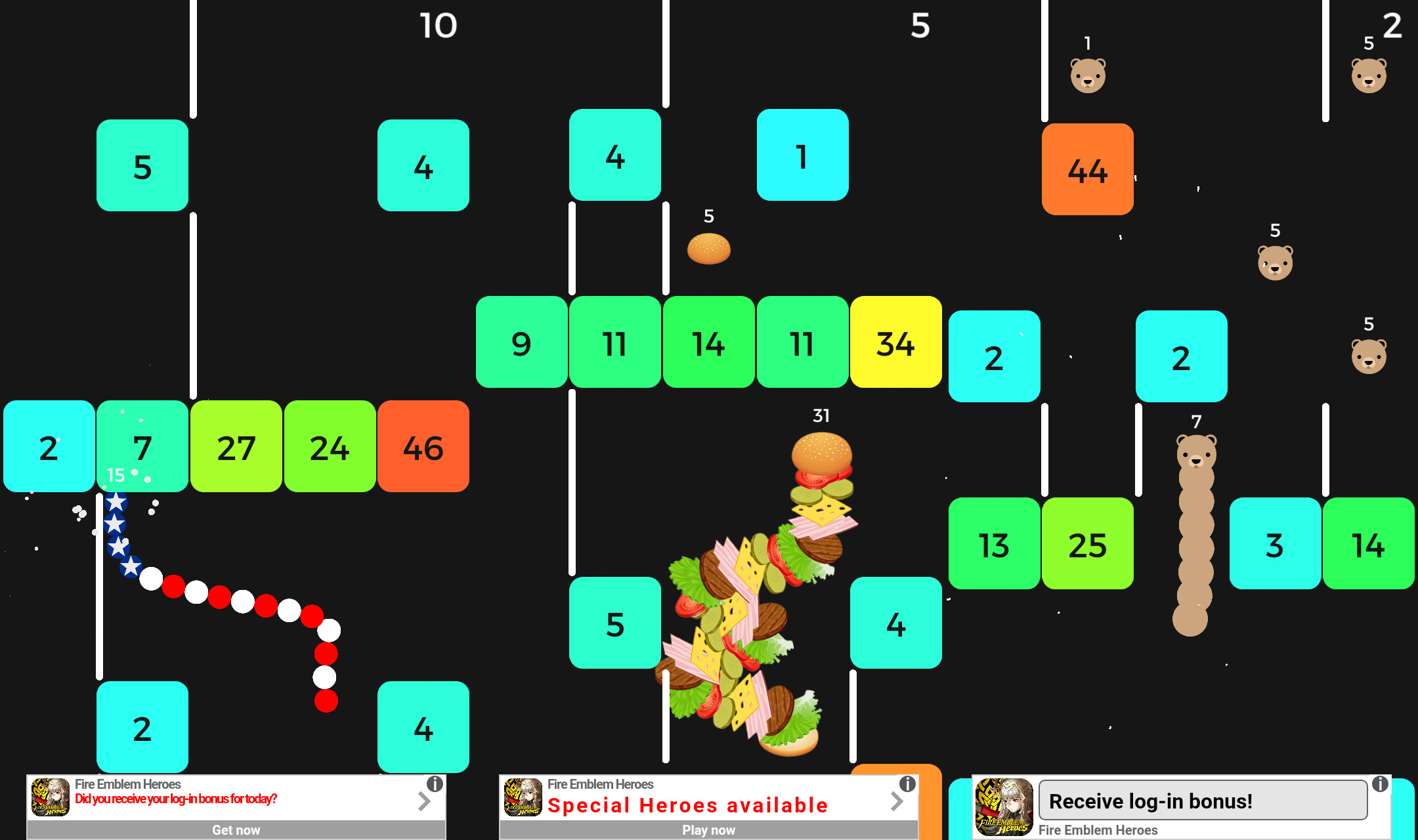 Winning by the Plissken of my teeth

I think I’m too old to be attempting to cover all the good mobile games that come out. I try to keep up, but with so many hitting the App Store and Google Play every week, I tend to miss more than a lion’s share of quality gaming as I gravitate towards more well-known properties that barely last an hour on my phone. This, along with a lack of solid release information on the dozens of games hitting mobile every week, is one of the reasons I missed out on Snake vs. Block. I’m so late to this party that nobody probably cares anymore and everyone in the know has already picked up a just-released app you can expect top quality coverage from me on by mid-October.

Snake vs. Block was described to me as something that was “blowing up” right now. Logging onto Google Play and seeing no less than 10 clones of the game confirmed that it had indeed “blown up.” Ain’t nobody making clones of crap nobody wants to play. So I downloaded it and wanted to give it a go before work this morning.

The premise is simple and perfectly suited for the mobile platform. I use my finger to control a snake as it slithers ever onward, never backward. I move it left to right, collecting balls to add to the length of the snake until I hit a block with a number on it. That number is subtracted from the length of my snake and once I go below zero, it’s game over. I can also watch an ad to continue, but you knew that already because this is a free-to-play app so of course that is an option.

I can see why this had blown up as it did. It’s simple. Anyone can play and win so long as they have fast fingers. But I don’t see it really sinking its hooks into me with the addictive quality I’ve experienced with – OH MY GOD I’VE BEEN PLAYING THIS FOR AN HOUR AND I MISSED THE BUS!

I take that back. This game is addicting in the same way Crossy Road goaded me into spending an endless amount of hours with it. Once I hit a score of 120, I had to go for 125. Then 130. Then 150. My lunch break today was five minutes of stuffing my face, 25 minutes of getting my damn hamburger snake, one of the many costumes unlockable in the game and my personal favorite right now, past the 175 mark. I don’t usually watch ads for F2P titles but I’ve sat through a dozen advertisements for the Stash app with this game and now I’m thinking of investing.

For the $2.99 asking price, I’m almost willing to pay to get rid of the ads. Because beyond the endless mode there are missions to complete as well and I don’t really want to waste my time watching ad after ad as I fail those. But before I spend a dime, there are two improvements that should be made. First, it needs a pause feature. Second, developer Voodoo should probably reconfigure how the game restarts after I watch an ad to continue. It’s far too easy to lose just seconds after watching an ad with how it is set up right now.

Those complaints aside, this is another beautiful time waster of an app that’ll dominate my daily commute from now until the next big app comes along.