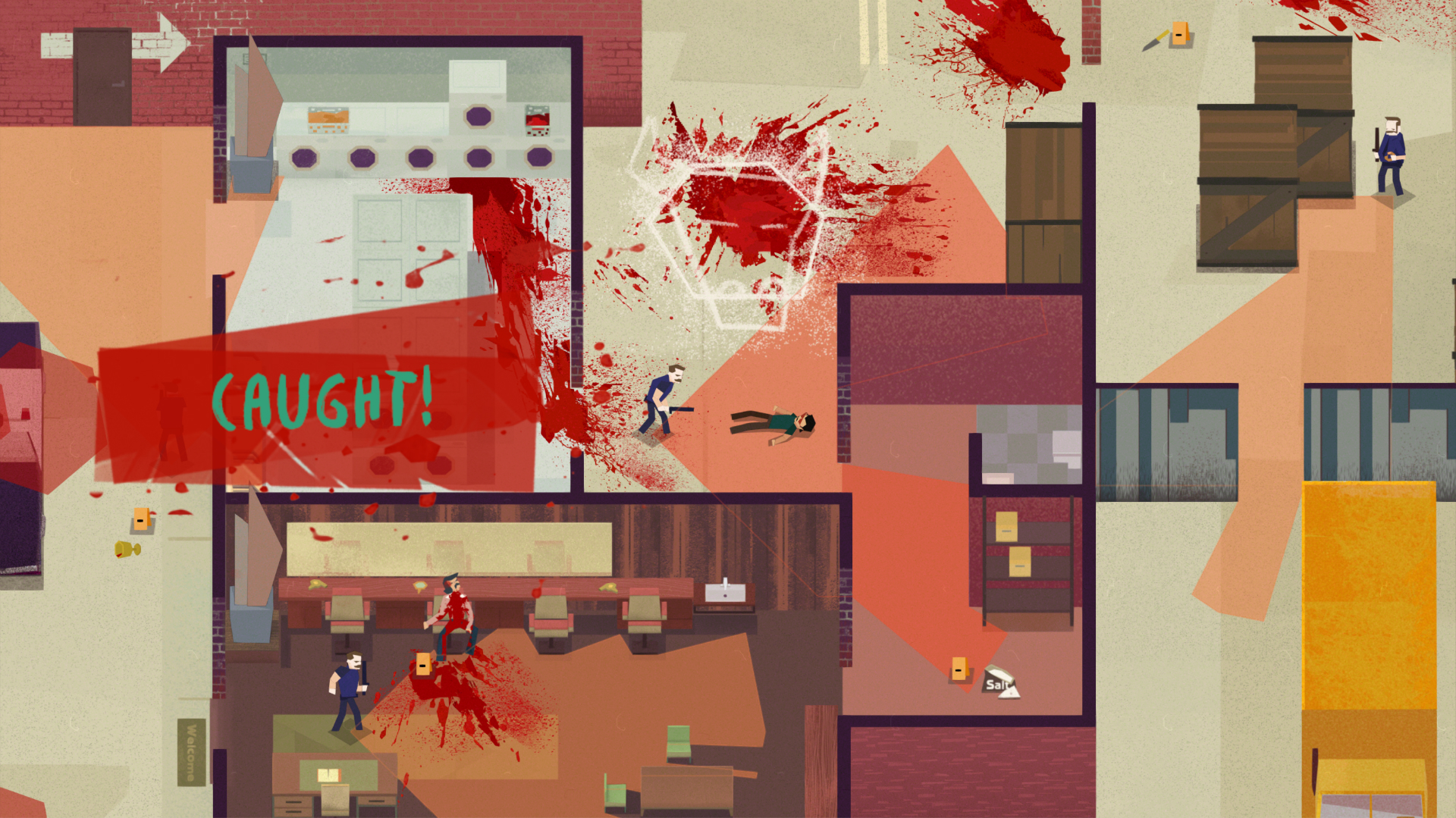 The aftermath of Hotline Miami?

Though Agony may have won our Poznan Game Arena Best of Show Award, there’s another game that Brett and I couldn’t stop talking about all weekend: Serial Cleaner. It’s no secret that playing most games, regardless of genre, is somewhat akin to digital cleaning. Whether mopping up ones and zeroes in the form of shooting monsters, organizing spaces, or achieving 100% of whatever goal, there’s something immensely satisfying about this act of tidying up. iFun4all’s Serial Cleaner takes that one step further and tasks you with actually cleaning up after a murderer.

The protagonist is the Cleaner, the guy that killers call when they need freshly-spilled evidence cleaned up. Like a backwards Hotline Miami, players have to remove bodies, murder weapons, and even vacuum up blood all while sneaking past doughnut-eating cops. Each level has loop to it: grab each body, toss it into your station wagon, avoid the simple paths of the police, and remove most of the blood and other evidence. If one of the cops sees you, hiding in a dumpster is enough to thwart them (they won’t even check inside), giving you a chance to run out as soon as they turn their backs.

It’s a simple premise, but each level through in enough of a wrinkle to keep me on my toes. The first few areas didn’t even bother with the vacuum, instead letting me acclimate to snatching bodies and stowing them. Officers are on set paths, allowing you to watch from afar and formulate a plan before trying to navigate the crime scene. As soon as they see you though, their path is altered, complicating endeavors.

The vacuum is where a slight slip-up can ruin your run — an actual slip, because while sucking up blood, the Cleaner moves like he’s on ice, sliding to and fro. There were many runs when I thought I was going to reach the end, but slid right into a cop’s view because of the tractionless blood. This takes the tight, basic control scheme and makes it entertaining to wrestle with. There’s also an element of strategy with it: vacuuming makes you move much faster, so I found myself leaving trails of blood in tactical spots to help with my getaway.

Like with any good action puzzler, new obstacles are added just when you become to comfortable with each encounter. Before long I was moving cars and moving alongside them, opening electronic locks to make better escape routes, and turning on radios to distract the men searching for me. I hope that as more levels are added, new concepts like these frequently appear.

Serial Cleaner is already available on Steam Early Access right now. It only has a handful of levels at the moment and the story hasn’t been added, but I have a feeling this is one to look out for.