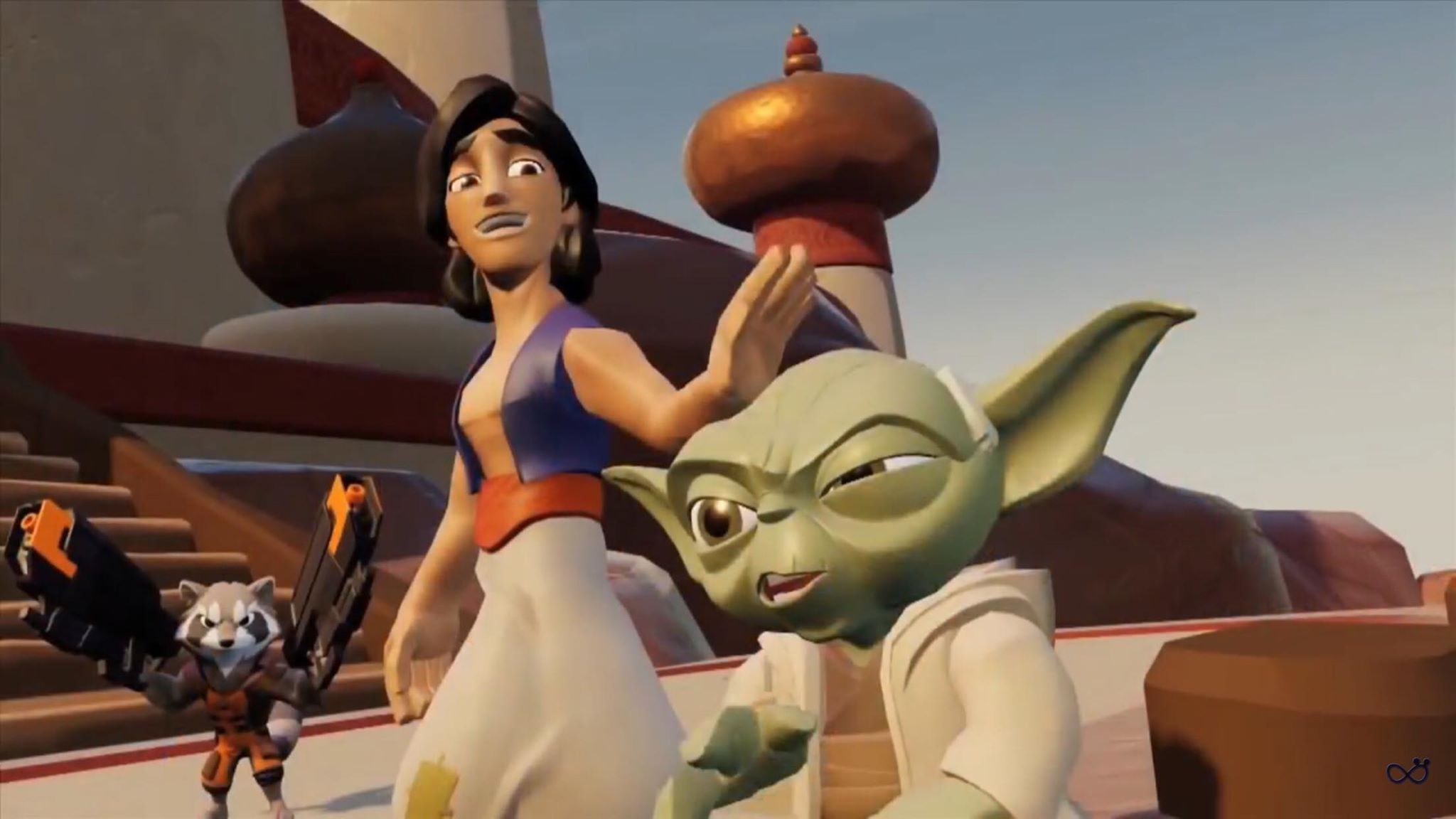 Yoda in Agrabah has to be a meme

It’s been a few years since Disney Infinity was cancelled. We heard a scant few details about what Infinity 4.0 might have entailed, but now we have a better idea of what Disney Interactive was shooting for. An anonymous source uploaded some alpha footage to Vimeo and it seems like the last hoorah from Infinity would have put Avengers: Infinity War to shame.

The game was set to be called Disney Infinity 4.0: Kingdoms and would have featured Aladdin teaming up with Yoda and Rocket Raccoon in Agrabah. The possibilities are endless, as other famous Disney characters are seen running around Agrabah and kicking some ass. This truly would have been the crossover to end all crossovers.

While everything is a bit rough around the edges, I’m pretty impressed with the scope of the project. I can’t knock the prior Disney Infinity games for limiting stages to singular franchises, but having all these different universes interact would have made for a far more dazzling title. It would have also given people more to do with certain figures since their usefulness was limited to the “Toy Box” mode.

Disney is unlikely to ever pick the project back up, so we’re just left with visions of what may have been. It’s a real shame the world will never get to see Donald Duck drop kicking Darth Vader.