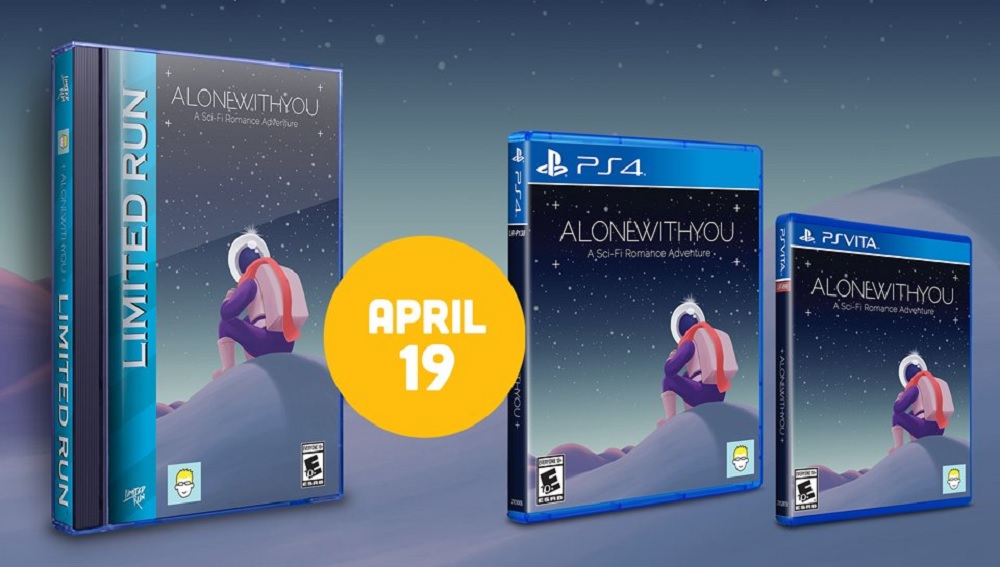 Limited Run Games has teamed up with indie developer Benjamin Rivers to create a physical edition for his 2016 adventure title Alone With You. Available in both standard and deluxe variants, you’ll be able to pick up a copy for PS4 or Vita when Limited Run opens orders on April 19. The deluxe version is limited to PS4 but comes in a box with artwork reminiscent of the Sega CD along with behind-the-scenes sketches, artwork, and anecdotes from the development team.

In a press release, Rivers said, “The game was meant to express just how awesome and unique Sega CD games were to me as a teen. But our secret dream was to someday release it in an old-school, real Sega CD package — huge case, full manual, everything. Limited Run Games understood that immediately, and together we’ve created something incredible!”

One of the first reviews I wrote for Dtoid, I’m still rather fond of Alone With You almost three years later. It’s a great little game with a very heartfelt story and some genuinely outstanding atmosphere. I’m not sure if anyone has been waiting three years to buy this, but I’d urge everyone to give it a shot. Even if you don’t like it, this will likely be one of the last Vita games to receive a physical cart. That’s cause for celebration, by itself.