Plato would have absolutely loathed video games. It seems crazy to one who has come to know and love the medium, but one of history’s most venerated thinkers and teachers would stand proudly in the corner of Jack Thompson and Leland Yee today. The very hemlock he would have spared Socrates, he would gladly pour down the gullets of Ken Levine, Todd Howard, and Shigeru Miyamoto. True corruptors of the young, he would charge them; spinners of illusion and enemies of all those who would seek to live the good life.
The games industry is a financial, social, and cultural juggernaut. Neither alarmist propaganda nor economic recession have been able to halt its meteoric growth; the core gaming market remains strong, and the rise of demand in the indie, downloadable, social, and mobile arenas demonstrates quite clearly that more and more people everyday want in on the action.
When the ESA’s statistics tell us that 69 percent of all heads of households play games, how can it be that society at large has not yet publicly embraced this medium? Sadly, the misguided logic and values of a revered philosopher long gone may be partially to blame.
Outside of Kratos’ adventures in Olympian deicide, there appears to be very little tying ancient Greek society with today’s modern video game consumption. That being said, our societies are not so different as one would believe. The Greeks had slave labor in abundance, which essentially eliminated the need for manual labor for those fortunate enough to be in the ruling class. This freed up time for the citizenry that was then expended on philosophical exploration, artistic cultivation, or outright leisure.
Technology has become our society’s slave labor, and the ever-shrinking middle class ensures more and more that anyone on the right side of the dividing line has to engage in very little that they find distasteful. Convenience is the name of the game today, and so the question remains for us now as it was for the Greeks then — what should we be spending this temporal surplus on?
As a person who chooses to focus a significant percentage of his apportioned gift of free time on gaming, I naturally bristle at anyone who would decry it a waste. However, I have also discovered that my righteous indignation alone is a poor tool for refuting this charge of digital hedonism. So, when confronted with this attitude, I have been forced to seek to understand the mentality that produces this opinion. 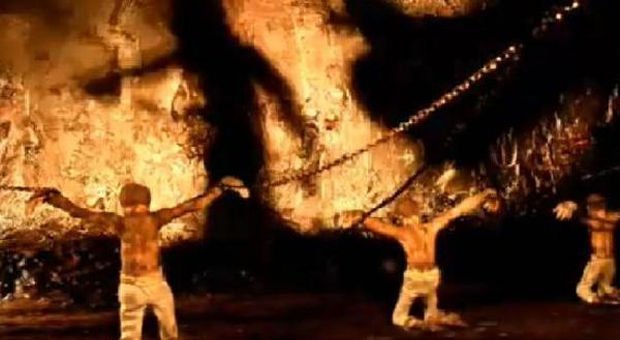 Plato laid out his ideas for how reality is perceived, and how life should accordingly be lived, quite eloquently in the Allegory of the Cave. For Plato, the most flawed conception of reality was that of images. He likened it to people who were chained facing the back of a cave, with no ability to see the other people next to or behind them. Behind them was a giant fire and other people would walk back and forth in front of it with different objects. The objects and people would cast shadows on the cave wall, and those facing the wall would then take those shadows to be reality, having no other frame of reference.
This is how Plato would view gaming; avatars, rendered worlds, and Gamerscores are just like the shadows on the cave wall, mere simulacra of ourselves, the physical world, and the achievements produced by the good life. Watching someone single-mindedly absorbed in a game, staring fixedly at the screen, it’s easy to see how he would equate these strange modern people entranced by dancing images to those trapped facing the shadows in the cave. Immersion was something to be avoided for him.
In his way of thinking, the journey to the good life is begun when one is able to break free of the chains and turn around to see the actual physical world. At first, one’s eyes would be pained by the fire, having never seen it directly before, and that person might choose to retreat back to the relative comfort and safety of the cave wall. In his worldview, these would be the people who consciously choose to use games to escape the pain of facing reality. He would probably find no small irony in the fact that our reliance on technology and digital media have caused our eyes to literally become strained.
In the Allegory, once a person’s eyes adjust to the light of the fire, they would see that behind it lies an exit to the cave and then traverse it to the world above ground. When they reached the surface, the sun would again blind them until they adjusted once more. Eventually they would be able to look up from the shadows on the ground and perceive the trees and clouds and mountains directly. This was analogous to a person ceasing to perceive solely in terms of the physical world, and to begin operating in the intellectual world. 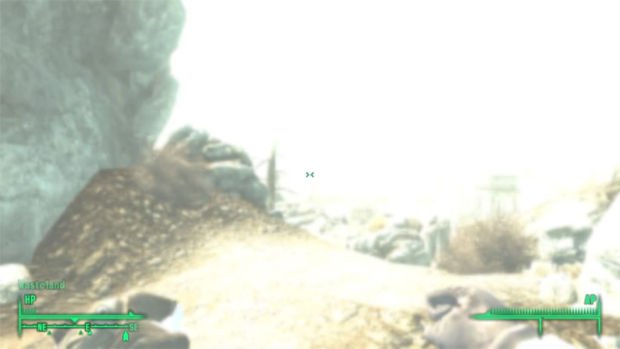 Plato would liken this to a gamer who finally “grows up”, sets aside games and other childish things in favor of focusing on what is true, what is right, and what is just, then lives their life accordingly. This means perceiving the world first via science, and later through pure reason. Any time spent contemplating the world of images, or even physical objects, is a dead-end. In this framework, the act of playing itself is nothing more than a distraction from pursuing the ultimate goal.
With this in mind, it’s no huge leap to seeing how his philosophy is easily misappropriated by those who malign games. The “murder simulator” argument goes: Since kids are too ignorant to perceive the truth of the world, when they see an image in a game, they mistake it as reality itself. By this logic, when it becomes acceptable to kill someone in a game world, it also becomes more likely that they will find it acceptable in real life. This argument conveniently ducks the responsibility of both parents and teachers for unchaining children from the cave floor and helping them to forge that distinction.
For all of Plato’s progressive thought, he was a stern advocate of censorship of the arts. Actors were criminals in his eyes, mere purveyors of images, that lowest of realities. Theatre and poetry should have been banned as an impediment to reaching a true understanding of the world. Video games fall firmly into this category today for those who share his worldview, and this taxonomy can give us some insight into why gaming is looked down upon by so many. (Even by some who engage in the hobby!)
For those who have truly embraced video games for any length of time, however, this logic is insufficient to condemn the practice. They sense intuitively at some level that the medium provides them with something more than mere images. If we really felt that gaming was an empty pursuit, we wouldn’t find that a growing percentage of us have been drawn to it as the facts indicate.
Let’s go back to the cave for a minute. If the people walking randomly back and forth in front of the fire carrying objects were replaced by performers, the result would be very different. Casting shadow puppets on the wall, they could deliver very specific messages to those chained below. Through storytelling and illustration, they would have the power to give the people facing the wall a glimpse into the nature of the world outside the cave. They could even inspire those chained below to break free of their bonds and experience more of that truth for themselves. 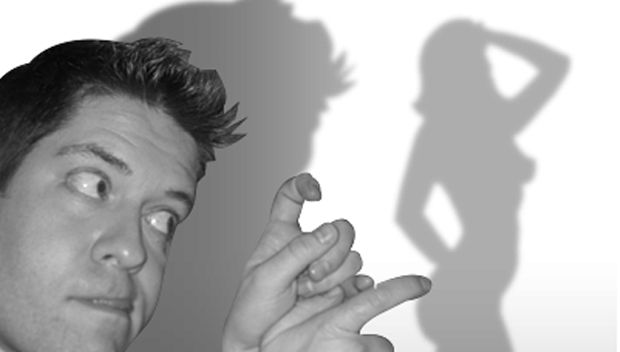 The game designer is the shadow puppeteer. By dealing in the most ephemeral of realities, they can elevate our perception into the intellectual and virtuous realm. Minecraft can show us that we have the power to shape the world to suit our needs and wants. Demon’s Souls gives us the understanding that with perseverance, prudence, and analysis then even the most unyielding of obstacles can be overcome. Gears of War demonstrates through its core gameplay mechanic that the true nature of courage is a balance between the cowardice of seeking safety (taking cover) and the foolhardiness of needless risk.
The examples are legion, but the principle remains the same — despite being nothing but images and scripted automata, games can give us a glimpse into the true nature of the world. In many ways, they are superior to conventional wisdom traditions in that they show worlds which are not fixed but rather flexible, dynamic, and able to be altered by us for the good of all.
I find my life to have been immensely enriched on a high level by video games. When in my younger days I stepped on stage for a play, I realized that although I wasn’t actually my character, I still had the potential to be that person. That realization was life-changing. That meant I could be whomever I wanted to be. The world of images became a true glimpse into the good life. In my day-to-day life, I became more confident, more compassionate, more tenacious.
I believe that is why RPGs have persisted as my favorite genre after all this time; games continue to take me into a similar space as theatre did. Playing a role and developing a character forces me to examine my life and my approach to problems in constantly evolving ways. Through them, I have developed a strong tolerance for failure which allows me to be more resilient and positive outside of gaming as well. No matter how many times life drops me in a pit of spikes without warning, I am prepared (and even excited!) to start over again and use what I have learned to exceed my former self.
So, go ahead and tell me I’m throwing away my time. Value is where we perceive it to be, and it doesn’t have to work for you on that level to work for me that way. That’s the beauty of our chosen hobby. While I’m exploring the true nature of choice with the next Deus Ex, feel free to rattle on and on and on about wasted potential. It’s all Greek to me.