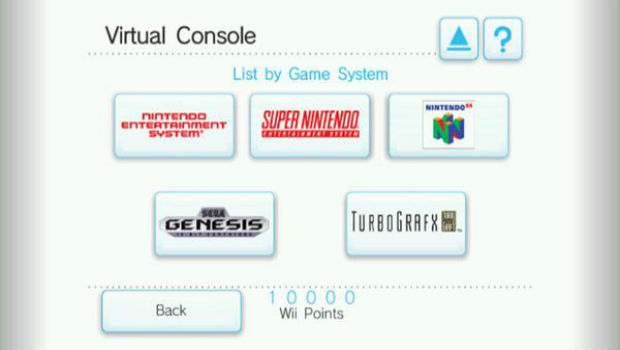 Back at E3 2012, our own Samit Sarkar reported an interesting tidbit of news: Nintendo was “working” on the ability to transfer old Wii digital software over to the Wii U.

Well, as of today, we finally have an answer. According to Nintendo, “all” Virtual Console and WiiWare games will transfer over to the Wii U. Additionally, Nintendo wanted to remind us that there’s no GameCube backwards compatibility available on the Wii U (probably so they can sell you digital GameCube games).

This is not only big news because Nintendo has finally officially confirmed this process, but the fact that everything will transfer is huge. Hell, Sony still hasn’t allowed the transfer of 100% of the PSP digital library to the Vita.

Sadly, we don’t have exact details as to how or when this process will happen.