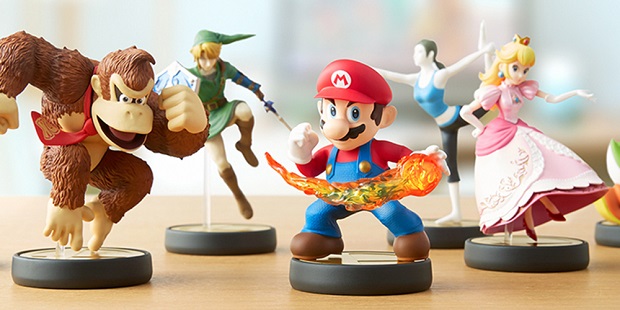 Damn. I promised myself I wasn’t going to get swept up in the amiibo craze. I said I’d refrain from buying figurines that I don’t need. But, now retailers are already offering deals on them, and maybe just one trio wouldn’t be so terrible, right? Slippery slope ahead.

Toys R Us is running a three for $30 sale on all figurines in the first run of amiibo, which almost boils down to a “buy two, get one free” promotion. There’s no indication how long it’ll last, just that it’s “limited time only.”

Likewise, Wal-Mart has a bundle that includes Super Smash Bros. for Wii U along with the Mario, Pikachu, and Link amiibo for $90. For anyone planning to pick up Smash, that’s the same value as the Toys R Us deal, just without the freedom of choice.

There will likely be more retailers giving discounts on amiibo in the coming weeks, but this first set isn’t shabby at all. These things are getting harder and harder to resist. Maybe I should just give in now and spare myself the futility.