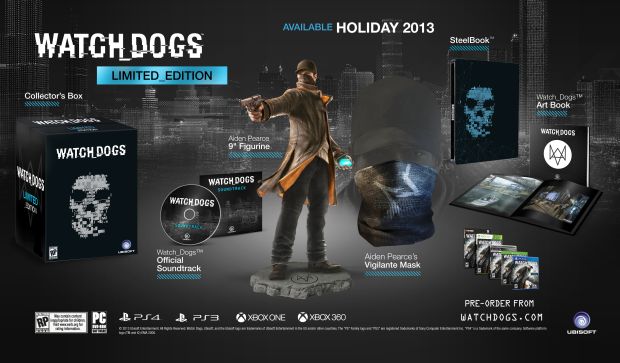 So many things you’ll never touch after a year

Another Ubisoft game, another limited edition with a bunch of stuff you won’t care about like a year after you’ve gotten it. In this case it’s the North American Limited Edition for Watch Dogs, which includes the soundtrack, a 9″ figure of Aiden Pearce, his mask, a steelbook, and art book.

All that can be yours for $130, and this will also be available on the PlayStation 4, PlayStation 3, Xbox One, Xbox 360, and PC. And just like with Assassin’s Creed IV, there is no planned Wii U version of the Limited Edition. Hey, just be happy you’re getting the base game at all, Wii U owners.