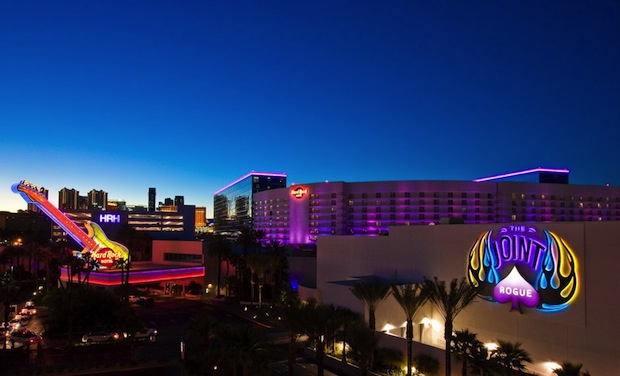 The 2013 D.I.C.E. Summit kicks off today, starting with the opening keynote from the unlikely duo of Valve’s Gabe Newell and Hollywood’s J.J. Abrams later this morning. And then it explodes with a constant stream of talks from all the cool kids in game development today, leading up to the grand finale, the 16th D.I.C.E. Awards show, which will be hosted by Chris Hardwick.

They were kind enough to let me sit in and listen this week. I want to get them all drunk and have them tell me about the Xbox 7000 or whatever it is.

As for who is here, want me to namedrop? Randy Pitchford from Gearbox? Or how about David Cage? Jenova Chen from thatgamecompany is also here, as is Warren Spector, though the latter isn’t taking interviews. I already mentioned Gaben, but I will again as he is this year’s Hall of Fame Inductee.

It’s like they kicked out all of the bros here at the Hard Rock Hotel and Casino in Las Vegas and replaced them with game pros. No bros — pros.

Jesse Schell, CEO of Shell Games and distinguished professor of the Practice of Entertainment Technology at Carnegie Mellon University