We knew the Final Fantasy VII Remake would sell, but thanks to new numbers from publisher Square Enix, we have some idea of how much the years-long project is paying off this early in the game.

According to Square Enix, Final Fantasy VII Remake has pushed 3.5 million copies that have “shipped or sold digitally.” As usual the caveat is that the number mysteriously mixes in “copies shipped” (to retailers, but not necessarily sold directly to consumers) and “digital copies.” Square Enix has not revealed the breakdown between the two.

For reference, the last “major” Final Fantasy game, Final Fantasy XV, shipped and digitally-peddled five million units within 24 hours of its launch, and has sold 8.9 million copies to date. The pandemic is directly impacting Remake‘s short term sales, but it will clearly have a long term tail. 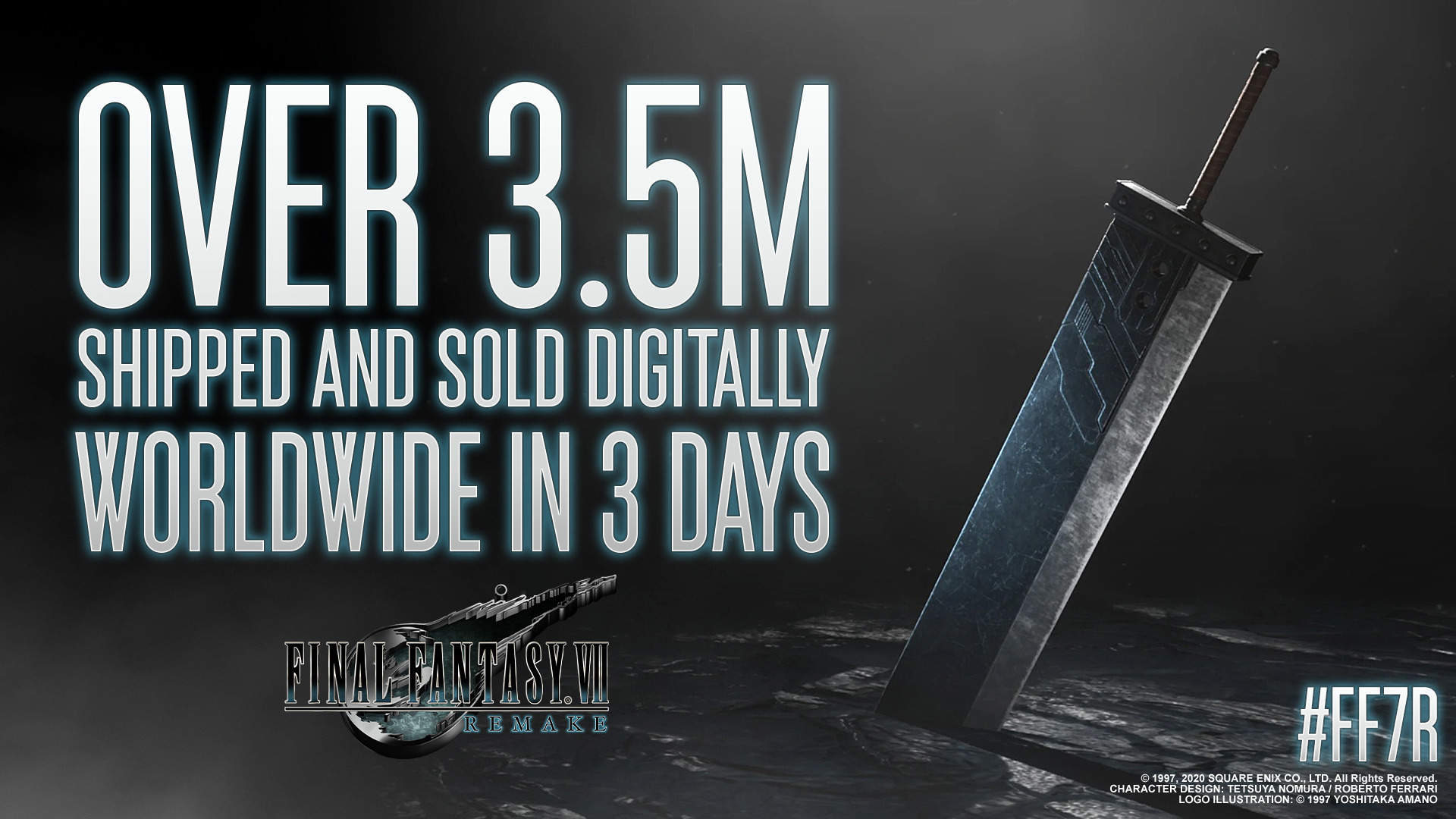