Last week, I was fortunate enough to have the opportunity to check out much of what Sony has in store for gamers this coming holiday. Many very cool and interesting games will be in our hands very soon, as well as the brand new PSPgo. It hasn’t been easiest sell for Sony, to an extent, but one of the best features that come with the PSPgo is PSN.

Wait, wut? Well, I’ll be clear, the PSN has been around for a while now, and there’s some cool stuff there. But with the launch of the PSPgo, PSN is going to become the hub for many PSP games. It’s a major update to the service, one that Sony either has to get right the first time time.

So I was grateful for the opportunity to speak with Eric Lempel, Director of Playstation Operations and Strategic Planning. He’s one of the guys who helps make the decisions on how the PSPgo is going to interact with PSN. He’s a nice, personable guy, and was more than willing to talk about the upcoming release of the PSPgo, as well as the state of digital distribution, and even a little bit on pricing. Hit the jump for what he has to say.

DESTRUCTOID: The PSPgo is a very big step, as it is the first major console/handheld that is downloadable content only. There’s is no other way to get content on there unless you download it. What do you think this represents for Sony, as well as the industry?

Eric Lempel Director of Playstation Operations and Strategic Planning: Well this is a really exciting step for us. We always listen to what our users say, and we’ve gone out into the field, and there are a lot of users ready for the digital age. They’ve basically said “I want a unit I can carry around all of my content, but I don’t want to carry around a whole bunch of  objects. I want to download them all, put them on my unit, and take it with me.” The PSPgo is the answer to that. From the PlayStation Network perspective, it’s really exciting. As you said, it’s a Network only device, it’s a small glimpse into some future devices, and at the same time, we’ll still have the PSP-3000 for the consumer that wants some tangible media. They can also use the 3000 to download the Network if they choose to do so.

Are there any options for someone who is in a situation like me, maybe, who has a PSP-3000, maybe 15-20 UMD games, what are my options to upgrade to a PSPgo.

Currently, we are looking into that. We’ve got nothing to announce today, but we are considering that section of the userbase. 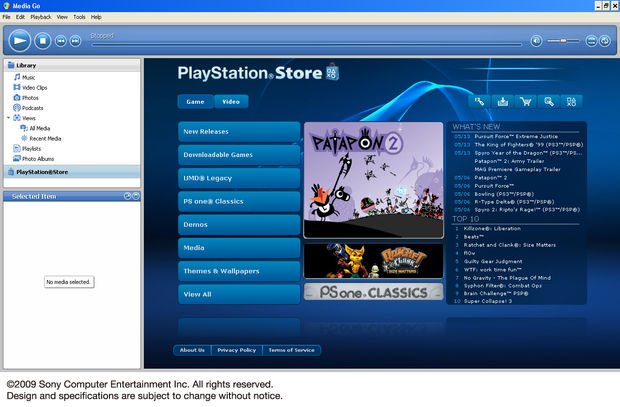 One of the special things about Sony as a company, is that other than other console manufacturers, it’s a huge company that covers, entertainment, computers and portable devices. I’ve heard rumors about PSN for VAIOs and cell phones. Is that something Sony is going to act upon?

Like you said, Sony is a big company. Lots of consumer products, but we also have a lot of entertainment. We’ve got a music label, we have a movie studio, and with the introduction of the Network, the idea was to get PlayStation Network to the devices that make the most sense right now, and that was the PS3 followed by the PSP. We are definitely going to leverage the expertise we have on the Network to for other Sony devices in the future. It is definitely a part of the long term strategy.

We see this device taking DLC to the next level, and we can see other console makers beginning to pursue the DLC method. Will this be the last console cycle where we see standard disc based media?

Well, I think that there is always a place for tangible media, and if I look at something like the PS3 and BD-discs that can hold up to 50 gigs, that is a pretty sizable download, even with the fast speeds we  have today. So retail is still important part of our entire model, but with the introduction of PSPgo, and the PlayStation Network on the PS3, you will see a lot of other types of content that you can get directly to through the Network, and I think in the future that will continue to grow. 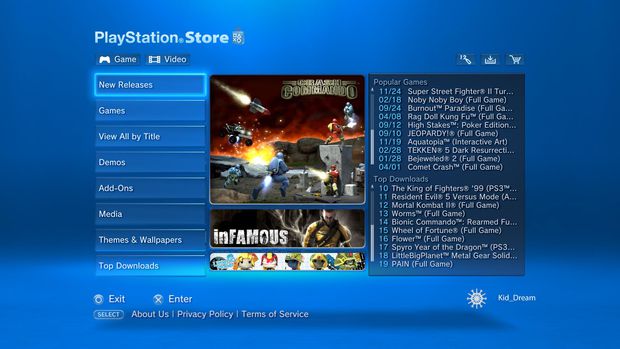 What is the biggest stumbling block in going to a completely digital distribution market?

Well, it’s a different model and a different understanding for the consumer, as well as our partners. I think that if the consumers come to understand the value and are ready to accept that leap, it’s not that big of a jump. It’s a great device, it’s a new form factor, so it is really exciting.

How do you guys determine pricing with digital distribution, because I’ve seen that you can get a physical copy of a game, and for the same price you can get a digital copy. Some people aren’t necessarily happy about that. What do you have to say about that?

Basically, we have pricing parity right now, and it is part of our strategy. We’d like to keep it that way, keep a level playing field, and again, there’s not that much more to say on that topic. 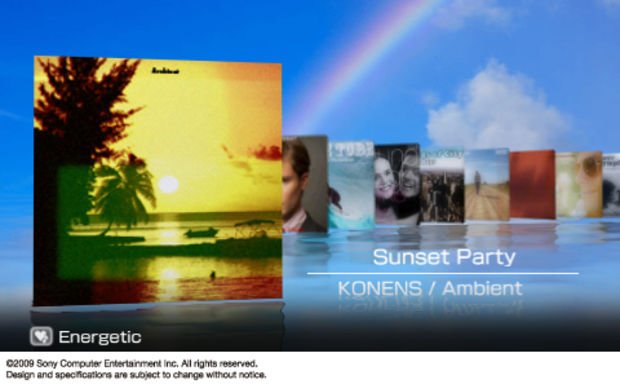 Anything else you’d like to say in regards to PSPgo or PSN?

With regards to PSPgo and PSN, there are a lot of great services launching around PSPgo time, and I’m sure we’ve talked about digital comics, we’ve got SenseMe, which is a great music application, and we’ve got the Minis program, where we are going to bring a lot of new content to the PSP. A whole new level of content, smaller and bite-sized games.

And how long will it be before we have every currently released PSP title on PSN?

It’s something we are looking into. There are a lot of rights issues behind that, legal clearances, and a lot of these games were made without intentions to go digital, so we are working with all of our third party partners to get as much as we can, and the goal would be to have the entire library up. It might not be possible due to issues around those titles.

Well thank you very much, and I appreciate talking to you.