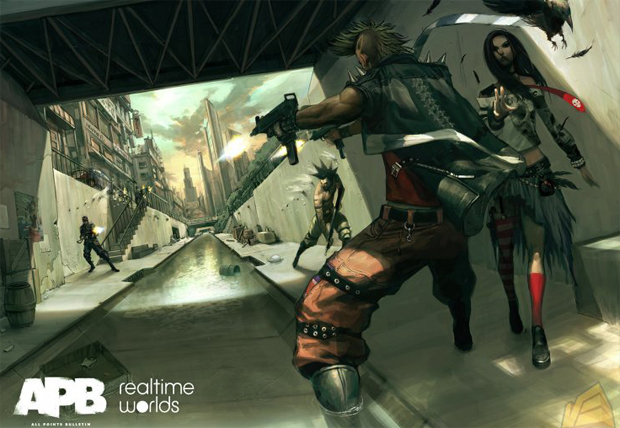 Despite rumors that since the employment of ex-RealTime World Community Manager Ben Bateman, Codemasters were supposedly number one in the line to buy the currently defunct company, despite them denying all rumors. However, a report from GamesIndustry.biz claims that a buyer for the online game All Points Bulletin has indeed been found.

The company in hand is K2 Network, a California based firm who specializes in MMO gaming. Currently the company has games such as Knight Online, War Rock and Sword 2. The rumor mill suggests that All Points Bulletin will be up and running by the end of the year, however RealTime Worlds continue to await a buyer for their social media project known as ‘My World’. K2 is said to have paid 1.5 million pounds in the deal.

I believe K2 Network got quite the bargain for All Points Bulletin, however if they do manage to bring the game back and make it successful — many ex-users complained heavily of bugs and glitches — then it will be nothing short of a miracle. However, the character customization software that All Points Bulletin boasts? Now that is something….

[news comes via Gamesindustry.biz and image via VE3D]