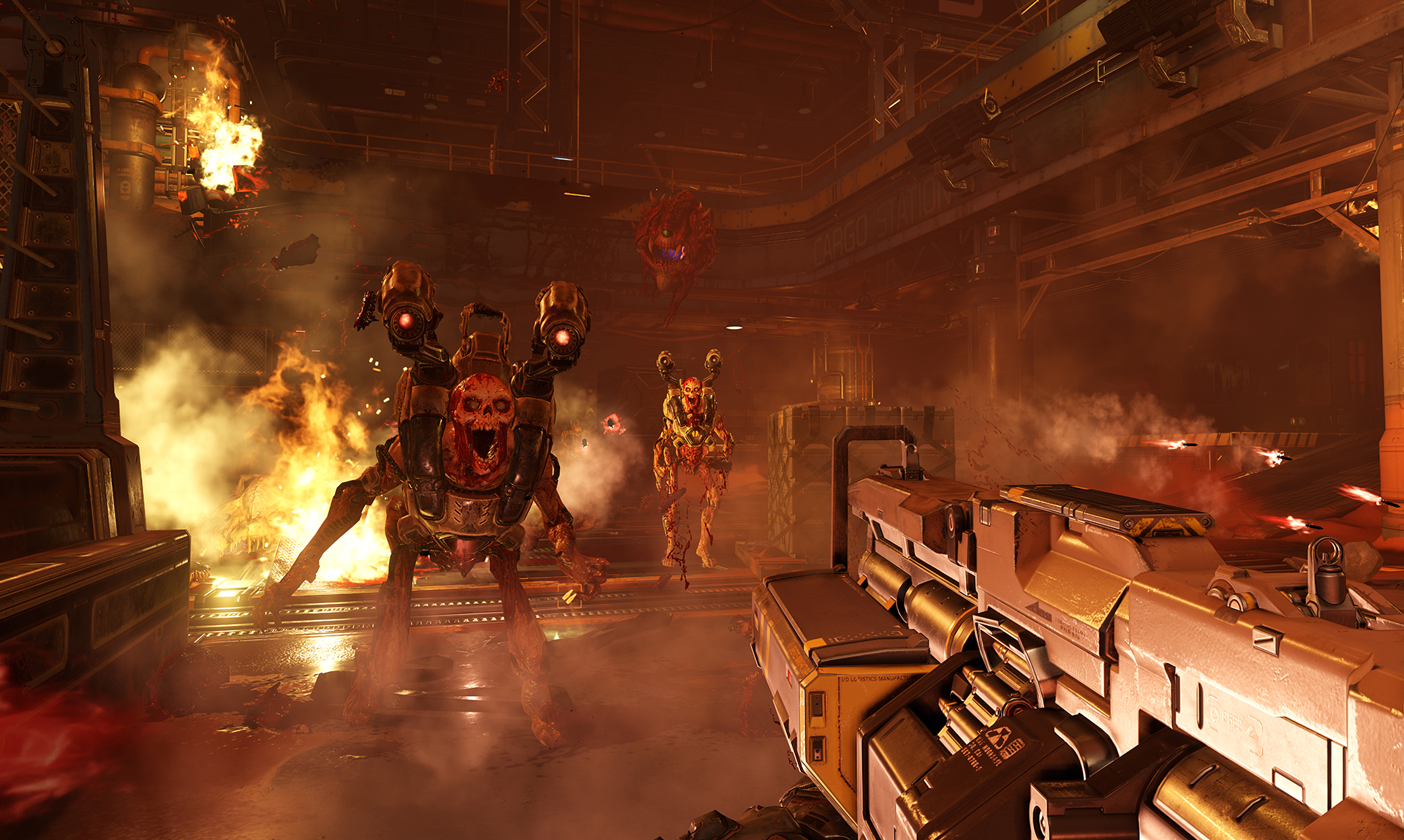 The update of the beast

Doom‘s latest update marks some big changes for its multiplayer mode. A blog post from Bethesda explains how the progression system is receiving a total overhaul and, more notably, how all the previously released DLC (a season pass originally priced at $39.99) will be given to every imp and ghoul for free.

All in all, the freebies include a bunch of maps, three guns, three playable demons, and some other customization options. That’s one hell of a bonus (assuming you didn’t already pay for it), which overlaps nicely with the game’s new and reduced $14.99 price.

Unlocks and progression for multiplayer is moving away from a random drop system. Instead, there will be a new level and challenge system for guiding unlocks. The idea is to give players a bit more control over what goodies they snag. Of course, this also means everyone is being reset back to level 0.

Veteran players aren’t totally out of luck. They’ll be keeping all of their previously unlocked gear and receive a badge showing they were playing before it was cool. The most dedicated players who have maxed out their rank will receive… another badge.

Frankly, I’m a little surprised that there wasn’t anything else in store for the loyal vets already invested in Doom‘s multiplayer. I know if I had paid for the season pass and worked my way up the ranks, I’d be more than a little unhappy to see my level wiped and the DLC just given away. Then again, how many players out there fit that description? I loved Doom as much as anyone, but never even looked at the multiplayer. From what I hear, that’s a pretty common story.