Don’t forget to trigger them!

With the advent of Fortnite chapter 4, season 1, a lot of changes have made their way into the game. Reality Augments are one major alteration, so here’s a full breakdown of how they work, and what they actually do. What augments are, and how to activate augments in Fortnite

Augments are a new mechanic for Fortnite chapter 4, season 1, and essentially amount to perks. They’ll trigger automatically throughout the match at different intervals: and the longer you last, the more you can wield at once. In all, players can have up to four augments equipped in a match.

To trigger them, (by default) you’ll press right on the d-pad on consoles, or the number “7” on PC. At each interval, you’ll be given a choice of two augments to pick from: select the one you like that fits with your playstyle, or is advantageous at that moment. For instance, if you have a lot of vehicle-based quests to get done, selecting infinite fuel is a great idea.

You can also re-roll your augmentations when selecting them with the X/Square button on Xbox/PlayStation respectively, or with the “E” key on PC. The first re-roll is free, then it’ll cost you 100 gold for the next one. 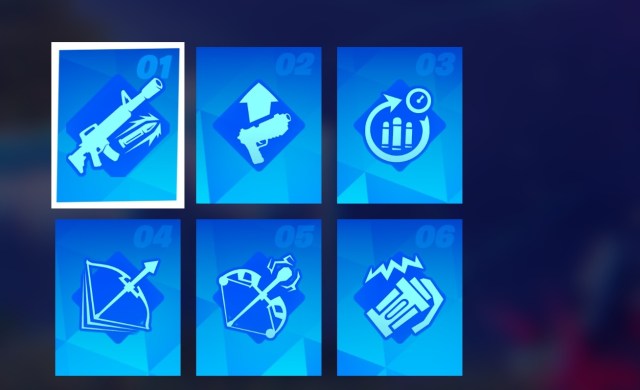 A full list of every augment in Fortnite chapter 4, season 1

What are a few of the best augments/perks in Fortnite?

Combat augments are an easy route to go when playing a normal/competitive match, as they’ll inherently build up to help you in that inevitable final showdown. A lot of the combat augments/perks come down to preference, as you can tailor them to how you choose to play/what weapons you’re personally skilled with. That said, you can also use an early perk to pivot into a weapon you currently have. If you’re surrounded by enemies and hear gunfire, bumping up the only weapon you currently are using could give you an edge.

The infinite fuel perk (supercharged) is a great one for getting from one end of the map to another, and extends to dirt bikes (new to chapter 4). Anything health related is also generally a great idea.