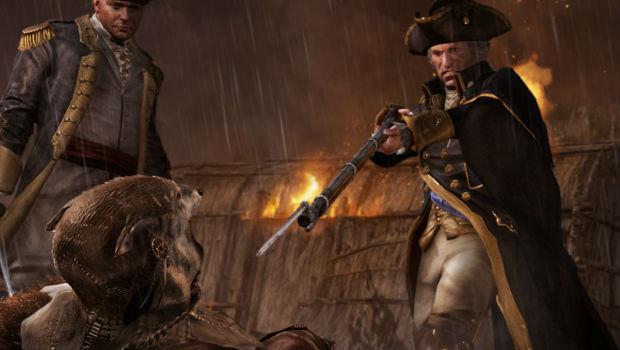 Some time ago, we got word that the first part of Assassin’s Creed III‘s “King Washington” what-if add-on was being released on February 19. Now we know that Part 2 (The Betrayal) on will drop on March 19, and Part 3 (The Redemption) on April 23.

Once again, the hard Wii U dates are left in the cold, although Ubisoft says it will be available eventually. If you bought the Season Pass already (also not on the Wii U), you’re getting these three episodes included in it — otherwise, they’re $9.99 (800 Microsoft Points) each. In the meantime, check out some screenshots compliments of Ubisoft.

I’m just waiting to see how it turns out at this point, for the people who still care about this game. Expect some impressions near release to see if it’s worth your cash.