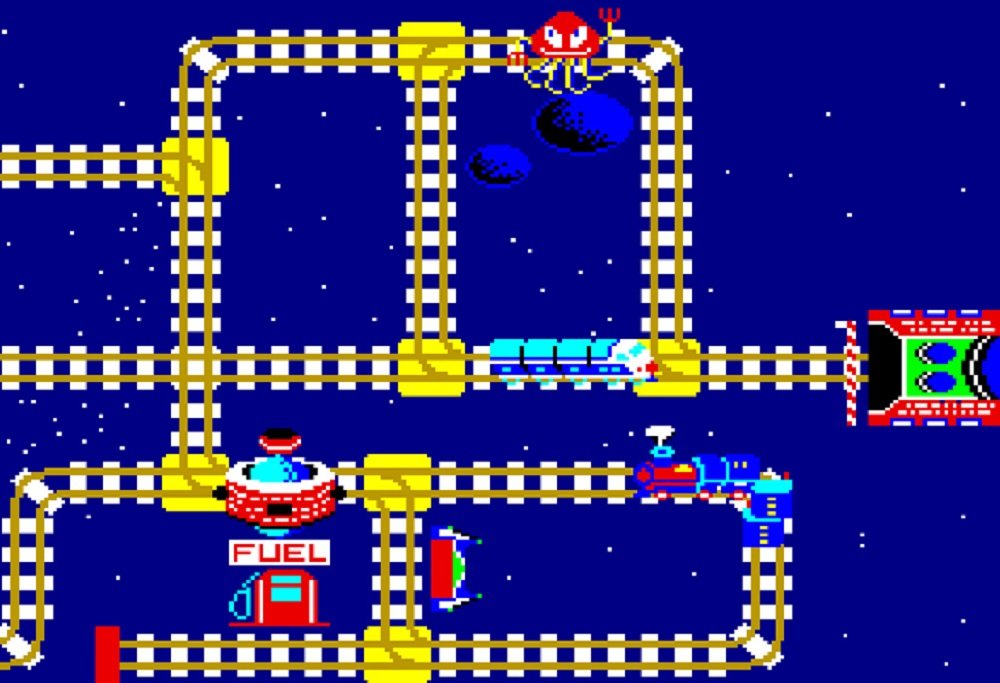 Released by Taito in 1982, Time Tunnel is a reaction-based maze game with a strange sci-fi premise. Players are charged with managing a commuter train’s journey from Earth to outer space, collecting passengers, refueling, changing tracks, and meeting connecting carriages, all while avoiding alien invaders and other hazards. Endless play alternates between present-day and “futuristic” stages.

Time Tunnel is available to download now on PS4 is Japan and Nintendo Switch worldwide, priced at around $8.