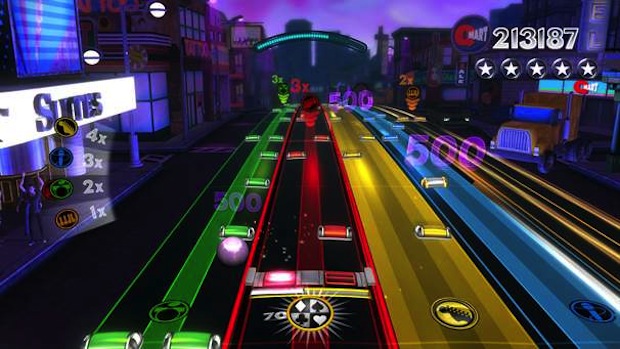 Rock Band Blitz finally drops this August 28-29 (PSN first, then XBLA), and we now have the full 25-song track list, straight from Harmonix. The following tracks were announced today to round out the previously announced tracks to make the full 25:

Chris Rigopulos, Harmonix’s VP of Music and Strategy: “There are a handful of artists that are new to the Rock Band catalog, as well as solid tracks from fan favorites and classic artists. These are handpicked tracks that we made sure are not only fun to play in Rock Band Blitz, but make an awesome addition to your Rock Band 3 music library at a great value.”

Don’t forget that Rock Band Blitz works with your existing Rock Band library, so some of you will have way more than 25 songs to start out with.

Check out the full tracklist: