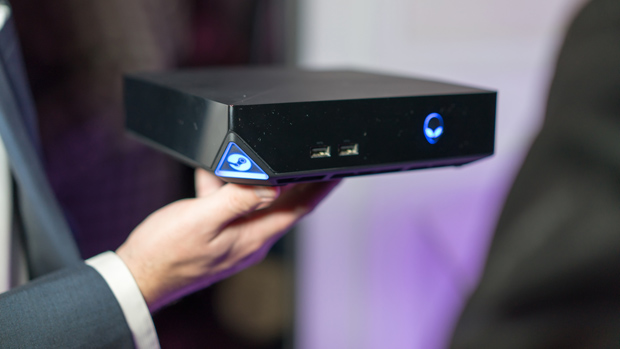 Alienware is coming out with a Steam Machine of its own, or should I say Steam Machines — the company intends to put out a new model “every year.” Speaking to TrustedReviews, general manager Frank Azor said “There will be no customization options; you can’t really update it. The platform will continue to evolve as the games become more resource intensive.”

That sounds great if you’re hooked into some sort of Brewster’s Millions-esque scenario in which money is no object. For the rest of us, not so much. To be clear, Alienware’s Steam Machines will be somewhat configurable when ordering online as one would expect.

However, “If you actually want to customize your Alienware Steam Machine, maybe change your graphics card out or put in a new CPU, you would be better off with the standard Alienware X51,” said Azor. “This particular product is restricted in its upgrade options.”

In making its big push into the living room, Alienware has taken the worst “feature” of consoles.

Alienware: We will launch new Steam Machines every year [TrustedReviews via VG247]