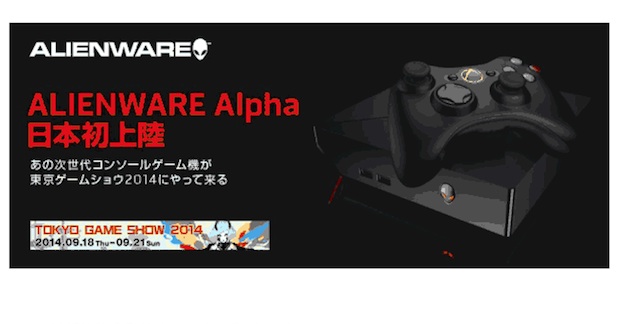 Alongside all of the crazy Japanese things we expect to see at Tokyo Game Show next month, we’re adding one very American thing. Alienware will debut their Steam gaming console, the Alpha, at the September 18-21 event. It was shown off at E3 this year, but Alienware is going big for its Japan launch, with a large number of consoles available for the public to try out.

Users have access to over 500 games, ranging from indie to AAA titles, with the Alpha. Dozens of these will be available for play at TGS next month. Alienware plans to release more information on what they’ll be showing early next month.

Pre-orders for Japanese customers will kick off in the coming weeks at Amazon.co.jp.

I’m going to try to steal one.