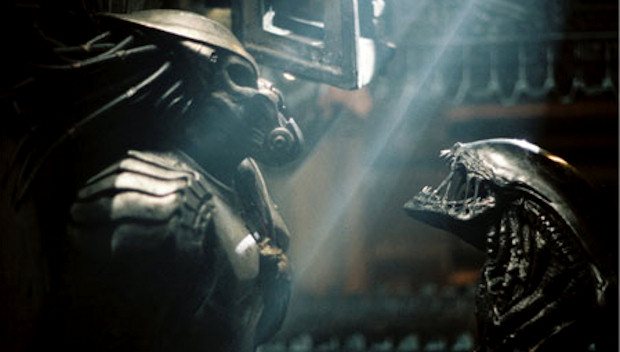 The Aliens vs. Predator films essentially ruined everything for everybody. Beyond one decent fight scene in the first movie, they have offered nothing of relevance to the human race, instead bringing us only misery and suffering. Naturally, the fact that Rebellion’s AvP game has a very similar setting to the first movie made me worried, and I had to ask project lead Tim Jones just how similar to the horrid films this game would be.

“The game plot does feature the discovery of ancient Predator ruins and the unleashing of Aliens, but beyond that it really plays out very differently,” he assured us. “While it takes place in the same universe as the AvP movies, that is [also] the same universe as the Aliens and Predator movies — and our game takes place around 30 years after the events in Alien 3.  That allows us to feature all the elements that we love the most: being far from Earth, the Colonial Marines, the Weyland-Yutani Corporation and, of course, the Aliens and Predators themselves.”

That’s a good start, at least. The fact that the films had to set Aliens vs. Predator in a contemporary setting so that they could have angsty teenagers in the sequel was really quite pathetic, totally against everything the Aliens movies were about, and typical of how Hollywood operates. Still, I had to know more about Rebellion’s opinion on the movies, so asked Jones what he honestly thought about them.

“I thought they were fun and they have introduced a new generation of fans to the franchise. It is unlikely that we would have had the opportunity to make this game if they had not been so successful.”

Well … if AvP turns out to be the brilliant game I’m hoping it’ll be, then I guess I could forgive the Hollywood abominations just a little … just a little.