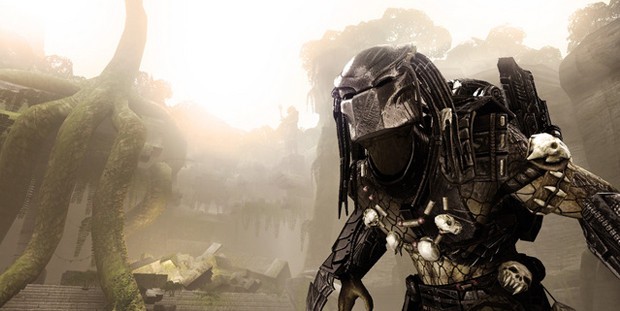 Fan site of all things where an Alien versus a Predator AVP Galaxy is reporting than a demo for Sega’s Alien vs. Predator will be arriving this week.

The info comes via an Xbox LIVE Spotlight ad which advertised the demo for a Thursday, February 4 release. No solid details on what you can expect in the demo, but in a recent interview with GameTrailers, Rebellion’s Tim Jones hinted at a demo “which hopefully you will be able to enjoy online.” You know, multiplayer.

I, for one, am very excited to finally get my hands on the game. I recently made some negative comments about the game, hinting that I didn’t think it would live up to expectations. Or, you know, be good. I’m willing to admit when I’m wrong, and I certainly hope I am. There’s nothing that would make me happier than a solid game where as an Alien I could fight a Predator. Or vice versa. Or be a space marine and fight them both.