SEGA’s booth was fairly lavish this year, with huge signs, flashy lights, ladies dressed like Colonial Marines, and … one fairly quiet man, wandering around with a DS. He was completely nondescript, fairly easy to miss, and could in fact have looked like a regular PAX attendee.

What he held in his hands, however, was Aliens: Infestation.

I’m rather angry that the game was so hard to find, to the point where I’d have totally missed it had Max Scoville not excitedly called me over while miming a “second mouth” with his hand. Aliens: Infestation is Metroid with Xenomorphs, and it’s fantastic. 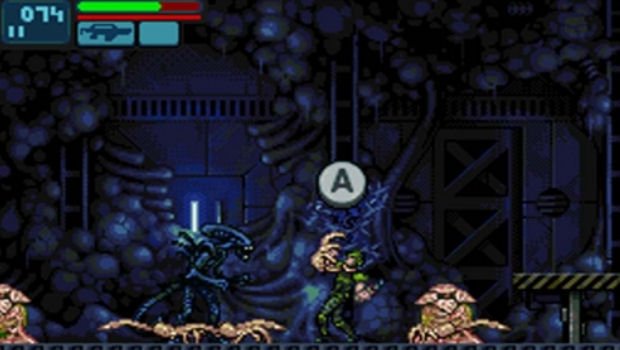 As if my hyperbole wasn’t enough of a clue, Infestation plays like a sidescrolling shooter with a variety of large, open maps designed for exploration. Like all good “Metroidvania” games, there are plenty of closed-off areas that require special tools found later in the game, encouraging backtracking. Such areas include elavators that require keycards and gooey blockages that need to be burned away with flamethrowers.

The game starts with four playable Marines, each with their own personalities, and up to nineteen are encountered and collected throughout the game. When one Marine dies, another takes his or her place, and trust me, they can die. In fact, they can even fall prey to a Facehugger, becoming impregnated and eventually giving “birth” to a Xenomorph. Marines taken down by Alien Warriors will be dragged to a nest, and players have a limited amount of time to stage a rescue, lest they too become unwilling mothers. 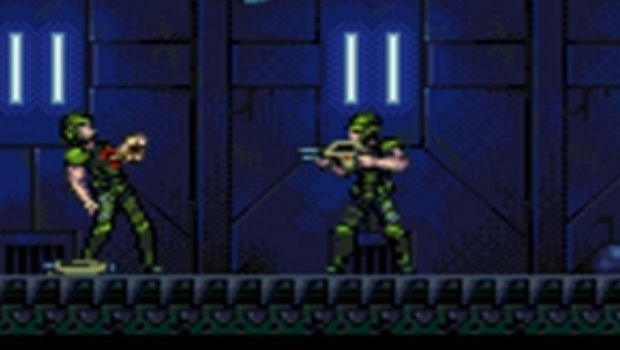 As far as combat goes, this is a brutal game with little room for forgiveness. Aliens are more than happy to burst from floors, skitter on ceilings, and relentlessly pursue fleeing players. Xenomorphs hate standing still, and will dash across floors, sometimes even performing their own little feints to confuse players. Every Alien is a threat, and players need some nerve to take them down.

Players get access to the obligatory Pulse Rifle and a pistol. Holding the left shoulder button makes a Marine hold its ground so directional fire can be utilized — crucial to tackling ceiling-loving Aliens. More weapons can be unlocked, along with grenades and other unique tools. 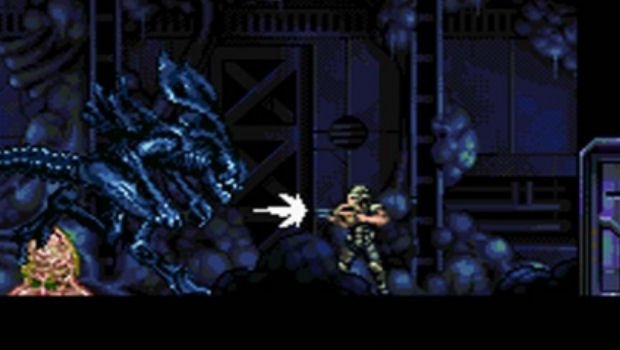 As well as standard exploration and combat, there will be Power Loader combat and sections where you’re firing from a speeding vehicle. The demo also included a particularly challenging battle against an Alien Queen, in which I had to fend off multiple Facehuggers while throwing explosives in the bitch’s head. She took down three of my Marines before she amusingly fell face-first to the ground.

I absolutely loved what I got to play of the game and I’m very much looking forward to playing more. The beautiful sprite-based animations, comic-book personality, surprising atmosphere and panic-inducing challenge sets the scene for what might be one of the best Aliens games ever made. I can’t wait to get my hands on more!