Aliens: Colonial Marines isn’t a game that draws a line between its campaign and its competitive multiplayer. As players accomplish things in both the story and the online modes, their activities are recorded and often rewarded.

These rewards carry over into every mode, creating a unified experience. This, suggests Gearbox boss Randy Pitchford, makes for the crucial difference between a product and a hobby. Colonial Marines doesn’t want to be played and discarded, and Gearbox hopes you’ll keep it around as a pastime.

“We’re finding ourselves engaged in metagame stuff, accomplishing things and finding rewards for those accomplishments. I don’t want to risk saying ‘RPG,’ because I don’t want to associate this with Borderlands, but as gamers we understand how overtime accomplishment can take something from a consumable experience and turn it into something that can be a hobby for us.” 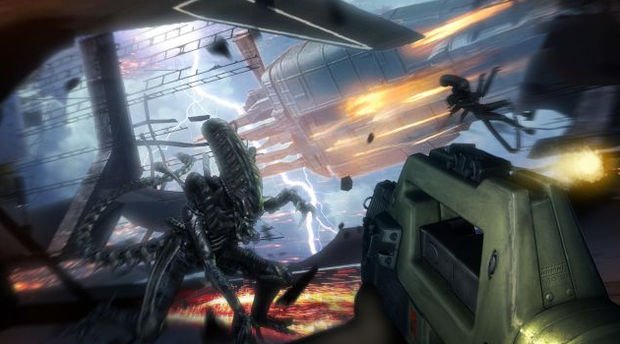 It’s certainly not a role-playing game, but you’ll earn experience and unlock items, regularly rewarded for doing certain things in the game. In the multiplayer, you’ll get bonuses for kill streaks and similar feats, while various challenges are tied to different weapons. As with games like Call of Duty, the goal is to keep players invested by drip-feeding rewards.

“By connecting that component of it, that thing that could be hobby-like, with both the campaign and competitive mode, we’re making that connect no matter what our preferences are,” continued Randy. “For the guy that only players single-player, for the guy that only plays multiplayer, it works. If you play both, you don’t have to feel like you’re losing ground or missing anything by choosing one of those modes over the other. You get a benefit from all of the experience.

“I think if we do it well enough, that could be a thing. I can’t imagine how much longer we’ll be getting Call of Duty games, where you can only do it competitively. The campaign [in COD] gives it meat and the production values are high, [but they’re] consumable experiences. I consume it and I’m done.”

It would be easy to forget that Aliens: Colonial Marines is a four-player co-op experience, mostly because the campaign is so strongly structured around a single character with a single experience. I was quite curious to see exactly what the co-op entails, and Pitchford explained that, while four players are supported, the narrative does not gear itself around them. This game’s campaign mode isn’t like, say, Left 4 Dead, where co-op is an integral part of the experience. It’s more akin to Halo, where players simply drop in and help.

Frankly, I’m not disappointed by this. Colonial Marines is high on atmosphere and, as the canonical sequel to Aliens, I would like the opportunity to concentrate on the story more than the chance to have other players shouting at me through a headset. Randy Pitchford understands that some players will want to solo the game, and Gearbox has kept the co-op purely optional to account for that. 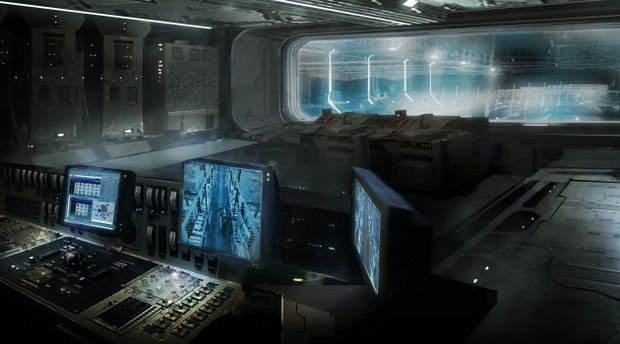 “It’s fun to play with friends, it’s just cooler. Having said that, when you’re going to do something like Aliens, you have to commit yourself to the fact that there’s an expectation and a wish for a narrative kind of experience. The whole dream for us is to do the sequel to the film in a videogame form, so that is the highest priority.

“When you think about a game like Borderlands, it’s very well designed for co-op. The environments are wide, you can go off and do your own kind of thing, whereas with this kind of experience you’re consuming it together. I’d say it’s more like Halo in the way that the co-op works. If you’re going to be one guy in the campaign, everything’s perfectly tuned to you. When a second guy joins, you can have fun teaming up and communicating. It’s fun in Halo when one guy’s driving the Warthog and the other guy’s in back. When you get the third and fourth player, it starts to get more difficult.

“Like Halo, we don’t want to say that because it’s not perfectly crafted for every player we’ll block it,” he continued. “Think about what happens in Halo; player one’s in the driving seat, player two is on the back, he’s the gunner. Now you’ve got three players, so that guy’s going to sit in the passenger seat, and what does he do? Well he’s just along for the ride. What about the fourth player? ‘Wait up guys, wait up!’ Then when you cross the magical barrier, he gets yoinked in to join the fight. We’re a little better than that, as far as the yoinking is concerned, but even in that environment, it’s still better for the fourth player to be allowed to join than not.”

Pitchford was refreshingly candid about the limitations of Aliens: Colonial Marines‘ multiplayer, ostensibly saying that it’s not perfect, but it’s better to have an imperfect option than a mandatory lack of choice. I can respect that, certainly, and as someone who definitely wants to experience a lot of the game solo, I’m pleased that I won’t feel obligated to have four players at all times.

Gearbox believes there will be a lot of people who play Colonial Marines alone, and a lot who will play with friends. The goal is to appeal to both sets, and create that unified, hobby-like experience running throughout everything. It’s a noble goal, and an ambitious undertaking. I sincerely hope it pays off.