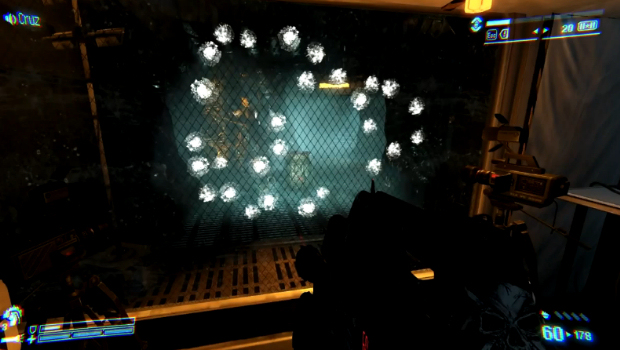 A window into the FUTURE!

Aliens: Colonial Marines is a stinker, this much is true. However, it’s not all bad. As the super-duper really-real canonical sequel to Aliens, Gearbox’s outsourced labor of love is rewriting the script on a beloved movie franchise and giving us an unseen glimpse into the universe.

One such innovation added to the story is the idea of Weyland-Yutani self-fixing windows. Like Wolverine, glass in the Aliens universe has a healing factor. Just watch the above video, where you see cracks and bullet holes repair themselves before your very eyes!

(In all seriousness, while I get that not all environmental damage is permanent in games, this one struck me as hilariously glaring and I felt like being a petty asshole enough to make fun of it. Not that this is the worst of the game’s problem. FAR from it.)