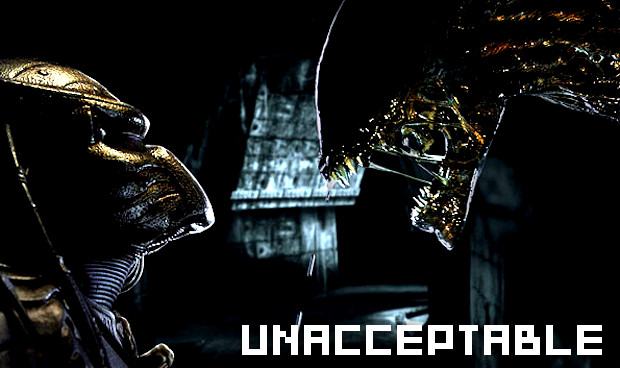 Here’s some marginally concerning news for anybody looking forward to Aliens: Colonial Marines. Despite being announced long before Aliens vs. Predator, Sega has now stated that the release of Gearbox’s co-op Xenomorph shooter will hinge directly on the success of Rebellion’s crossover effort.

“I think the detail of that [release date] is probably still too early,” explains Mike Hayes, Sega president and COO. “What I would say is it’s unlikely that we’d launch anything within six months [of Aliens vs. Predator], but probably nine months, eight to 12 months possibly. Though we literally are looking at that at the moment and a lot of is going to depend, as well, on how successful AvP is at the box.

“It’s what level of ‘well’ does it do, do we then determine when we want to bring the next one out and then, of course, determine what the third one in the series is likely to be.”

This is slightly annoying news. Colonial Marines was originally looking to be on track for an early 2010 release, but has apparently been frozen until further notice. That’s a shame because I was looking forward to having a “pure” Aliens game to go with my AvP. Still, the good news is that Sega is clearly looking to make Aliens a running game franchise, with Hayes’ talk of a “third one.”

So, the fate of Colonial Marines is now up in the air. Now, when are we going to hear more about Aliens DS?